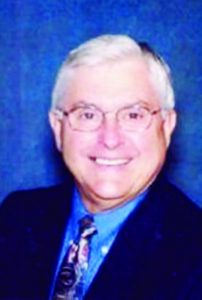 Glynn Allen Gregory, 75, former owner of Keystone Window Sales, and husband of Marie Merrill Gregory, died at home, surrounded by family, on October 5.
Glynn was born January 2, 1944 in Lexington, Kentucky, the son of the late Earl and Mildred Gregory of Paris, Kentucky. Glynn enjoyed attending Athens Elementary and Middle school and graduated from Bryan Station High School in 1962. He later attended Centre College and Eastern Kentucky University, earning a B.S. in 1969. He served during Vietnam in the 5th Army, 12th MP Company Ft. Riley, Kansas. After returning to Kentucky he joined his father’s company, Keystone Window Sales, and became President in 1976. While at Keystone, Glynn served as President of the Lexington chapter of the National Association of the Remodeling Industry. He was designated a Kentucky Colonel in 1985. In 2000, Glynn closed Keystone and became a real estate agent. When Hurricane Katrina devastated the Gulf Coast, he joined other Kentucky realtors and traveled to Alabama to volunteer in relief efforts. He was an active member of the Lexington Lions Club, where he served on the Endowment Committee and volunteered at The Bluegrass Fair. Glynn was named a Finis E. Davis Fellow for dedicated humanitarian services by the Kentucky Lions Eye Foundation in 2008. In Paris, where he lived, Glynn was active with Friends of Stoner Creek and The Hopewell Museum. Glynn was a nature lover who enjoyed gardening and watching birds in the beautiful, park-like setting he created at his home in Bourbon County. A man who knew no strangers, he enjoyed a good pun, a good meal, a good story, and a good football game. We are forever grateful to him for teaching us to live with integrity and the belief that all lives have equal value. Glynn’s demonstrated devotion to his family and friends will live on in our hearts and actions.
Survivors include his wife and high school sweetheart, Marie; three children, Brad (Heather) Gregory, Bargersville, Indiana, Melissa (David) Rue, Portland, Oregon, and Erin (Daniel) Ricci, Fort Collins, Colorado; seven grandchildren, Chris Crockett, Joseph, Benjamin, and Rose Gregory, Bargersville, Indiana, and Lucas and Franklin Ricci, Fort Collins, Colorado; and one sister, Lisa Hearn (Michael), Paris, Kentucky.
A celebration of his life will be held Sat. October 19 at 11 a.m. at The First Christian Church, 911 High Street, Paris, Kentucky.
Glynn’s family encourages contributions to The Kentucky Lions Eye Foundation.