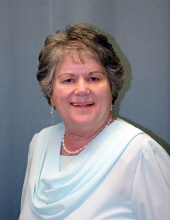 Missy was born April 1, 1942 in the Bluegrass Region of Kentucky to Joseph and Helen Sutherland McGurk.

ine, Meghan, McKenzie, Luke, Andrew, Nathan, and Emily.   Other survivors include numerous great grandchildren and many nieces, nephews and great nieces and nephews.

Professionally, Missy was a Tax Preparer for over 40 years.   She also owned and

Missy was raised Roman Catholic and baptized in 1942.   She was a founding member of St. John’s Anglican Church, in Quincy, IL. She was confirmed on March 28, 2013 at St. James Lutheran Church, and later transferred to Our Redeemer Lutheran Church.