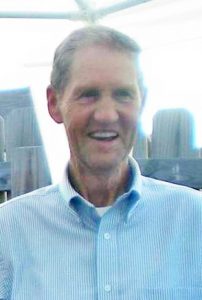 He was born in Paris, KY to the late Charlie and Josie Buckler Traylor.  He was a retired horseman from Claiborne Farm and Stone Farm and a member of Donaldson Road Baptist Church.

In addition to his first wife, he was also preceded in death by his twin sister, Betty Johnson and two sisters, Mary Elizabeth Jackson and Wanda Crump.

Funeral services will be conducted at 12:00 PM Monday January 13, 2020 at the Lusk-McFarland Funeral Home, 1120 Main St., Paris, KY by Cecil Wayne Curtis.  Burial will be in the Evergreen Memory Gardens, Paris, KY.

Memorials may take the form of contributions to Bluegrass Care Navigators or to the Donaldson Road Baptist Church.