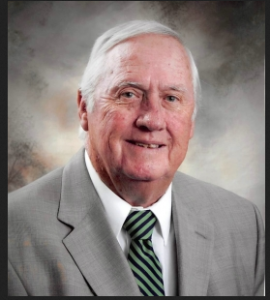 William Arnold “Billy” Williams, widower of June Bedford Smith Williams, departed this life on Friday, January 10, 2020, at Bourbon Community Hospital, at the age of 92 years old. Billy was born on November 17, 1927 in Bourbon County, the son of the late NH and Della Spivey Williams and was a graduate of North Middletown High School where he demonstrated his excellent talent as a basketball player for North Middletown. He loved sports, especially playing golf, bowling, having participated in various leagues, an avid fan of the Cincinnati Reds and the University of Kentucky, and enjoyed camping with his family. He was a retired manager for Century Furniture, later worked for Garrett’s Furniture and was a member of the Paris First United Methodist Church.