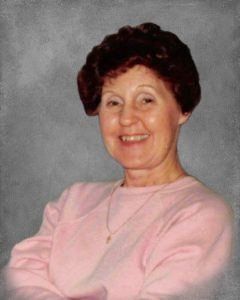 Bobbye June Caywood Gaunce, widow of Jefferson William “J.W.” Gaunce, departed this life on Friday, February 14, 2020, at her home, having attained the age of 90. She was born on May 12, 1929 in Bourbon County, the daughter of the late Robert Allen and Dorothy McDuffee Caywood, was raised by her step-mother, Gertrude Stewart Caywood after her mother’s death, grew up on the Xalapa Farm, and was a graduate of North Middletown High School. Besides being a clerk for McConnell Real Estate and doing prep for auctions for over fifty years, Bobbye’s support for her sons was quite evident in her support of the Paris High School Band Boosters, as well as a Cub Scout Den Mother. She was also a member of the Paris Housing Authority; First Christian Church (Disciples of Christ); June Stanley Circle at First Christian Church; a Sunday School teacher for over forty years; a caretaker for several family members; and a member of the Wednesday bible study group.

In addition to her parents and husband, she was preceded in death by a son, Steven Gaunce and two sisters, Betty Flora and Tillie Ratliff.