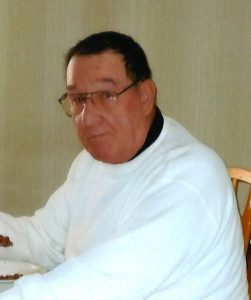 James Vernon “Shot” Wagner, husband to Jennie Wagner for 67 years, passed away February 28, 2020. He was born in Batesville, IN June 6, 1934 to the late James and Nina Wagner.  He retired from Hinkle Contracting and was a lifelong member of the Paris City Club.  He was an avid outdoorsman who had a passion for both golf and fishing.  He enjoyed his passions with his nephews and grandchildren so much.  He was not only preceded in death by his parents, but also three sisters, Lucy Stanfield, Adaline Billman and Dora Coffey, two brothers, Bill Wagner and Tommy Wagner, niece Kimberly Coots and nephew, Jamie Stanfield.  He is survived by not only his wife, but one daughter, Patricia Wagner of Lexington, KY, two grandsons, Heath (Elizabeth) Buckler and James (Tiffany) Abner both of Paris, KY and four great grandchildren, James Scott Abner, Claire Marie Buckler, Caleb Thomas Buckler and Daelynn Averina Abner and several nieces and nephews.

Visitation will be from 4:00 PM until the time of service on Tuesday, March 3rd at the funeral home.