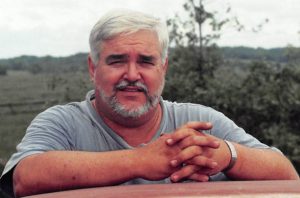 Jackie Glenn Sanders, 66, of Bourbon County, passed away Sunday, March 15, 2020 at Baptist Health Hospital in Lexington, Kentucky. He was a loving husband of 44 years to Diana Brown Sanders.

Jackie was born May 18, 1953 in Harrison County to Sudie Fryman Sanders and the late Raymond Sanders. He was a graduate of Bourbon County High School, Class of 1972 and was a member of Lair Methodist Church. He was an employee of CMWA.

Jackie loved working on his old cars, hunting, and his little dog, Shortie. Most of all, he loved Jesus Christ.

In addition to his wife and mother, he is survived by one brother, Jerry Sanders; and two nephews, Michael Brown and Jason Brown. He was preceded in death by his father, Raymond Sanders; and his loving daughter, Lisa Lynn Sanders.

The funeral arrangements were entrusted to the Hinton-Turner Funeral Home in Paris, Kentucky. www.hintonturner.com