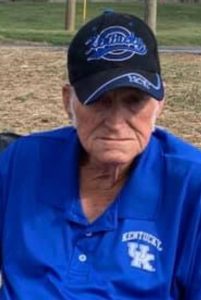 A native of Paris, he was the son of the late James Ewing and Lilly Townsend Clem.  He was a horseman at Stoner Creek Stud now Hunterton Farm for 57 years.

In addition to his parents, he was preceded in death by one daughter, Mollie Michelle Ward; two brothers, James Clem, Jr and William Clem and two sisters, Della Blakeman and Wanda Berman.

There will be a memorial service at a later date.