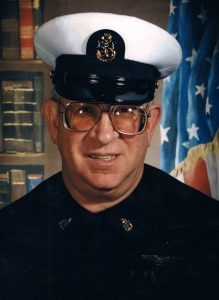 A native of Cynthiana, KY he was the son of the late Harry H. and Ruth Mae Weller Laytart.  He was retired from the United States Navy, having served for 31 years and reaching the rank of Senior Chief.  He enjoyed making picture frames and was of the Christian faith.

In addition to his parents, he was also preceded in death by one grandson, Michael Myers and several brothers and sisters.

A memorial service will be conducted at 1:00 PM Friday August 21, 2020 at the Lusk-McFarland Funeral Home, 1120 Main St., Paris, KY by Bro. Wayne Tolson.  Burial will follow in the Millersburg Cemetery with full military honors.

Visitation will be from 11:00 AM until the hour of service at the funeral home.