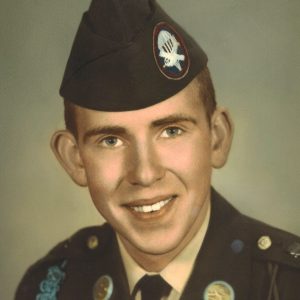 A native of Paris, KY, he was the son of the late Billy and Ruby Lemons Baber.  He was a retired rock mason, a member of the VFW, First Baptist Church, Paris, KY and was a Para Trooper in the United States Army during the Vietnam War.

Funeral services will be conducted at 1:00 PM Wednesday September 30, 2020 at the Lusk-McFarland Funeral Home, 1120 Main St., Paris, KY.  Burial will follow in the Paris Cemetery.

Visitation will be from 11:00 AM Wednesday September 30, 2020 until the hour of service at the funeral home.