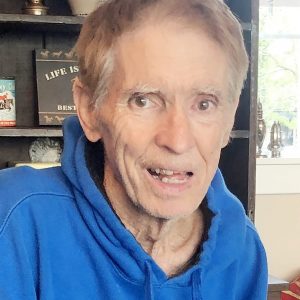 Joseph J. Porrell, age 74, of Paris Kentucky passed away after a short illness on November 20, 2020. He was born on April 25, 1946 in Dorchester, MA. He was the son of Douglas and Lucy Porrell.
He is survived by his wife of 42 years Phyllis Porrell, his step daughter Kathy Pickup and her husband Matthew, step sons Jim Horgos, and Joe Horgos. He is also survived by his brother David Porrell and wife Charlene, his sister Alice Porrell Riportella and husband Len, and his brother Jim Porrell, along with his extended family nieces, nephews, cousins and step grandchild James. He was predeceased by his father and mother, Douglas and Lucy Porrell, his brother Jerry and his wife Mary, his brother Doug, and nephew Christopher Porrell.
Joe moved to Wayland, MA in 1954 where he spent most of his life. Joe was a star athlete from an early age. For four years, he led the Wayland High boys’ basketball team to many victories and after graduating Wayland high school in June of 1964, he continued his education at Springfield College, where he took up the sport of wrestling. During his wrestling career he successfully earned the titles of NCAA All American wrestler and a two-time New England Collegiate wrestling champion. Joe began his teaching career in the Wayland school system in the fall of 1968. He was hired as a physical education teacher and basketball coach. His devotion to learning led him to continue his journey in education by earning his Master’s Degree from Framingham State University. Joe taught physical education and coached for a period of 45 years, making him the longest tenured teacher in the Wayland School System. Joe put Wayland on the map for his skillful coaching techniques that earned Wayland High School 7 Dual County League titles and two state championships. Joe has been recognized by the Boston Globe and many others for his achievements, and was inducted into the Massachusetts Basketball Coaches Hall of Fame in 2008.
Joe’s passion and dedication was an inspiration to others and he was beloved by everyone he worked and coached with, it’s no surprise he was one of the favorite teachers in the over four decades he taught. He was a charismatic, genuine person who loved his family and friends and was always there to help or be a listening ear. He will surely be missed by his family, friends, colleagues and former students, but his legacy will live on forever. www.hintonturner.com