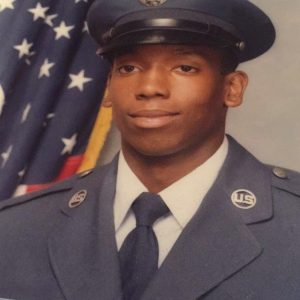 William E. Jones Jr. was born June 19, 1963 in Paris, KY to William E. and the late Ethel Jones. His homegoing was January 20, 2021.
He grew up in Paris and graduated Paris High School before entering the United States Air Force for 6 years.  While serving in the military, he met and married Donna Martin (Jones) before returning to Paris where he would have a long career with CMWA. Bill and Donna have three children; Brandon Jones, Nakita (Kris) Washington, and Vanessa Jones.
Bill was a lifelong member of First Baptist Church where he joined at an early age and was now serving God as a Deacon.  Bill loved the Lord and he loved his family and he worked hard to walk with the Lord and provide for his family.  His spirit stayed on the side of joy and he tried to spread it wherever he could.  Bill loved to fish, bowl and listen to music.  He is survived by his wife and children, two grandchildren, Avianna Washington and Kris Washington Jr, his father, a brother, Michael R. (Lisa) Jones; mother-in-law, Martha Manley; brother-in-laws, Avon Martin, Vernell Martin, Harold Manley, Derrick Manley, Elijah Manley, Ricky Martin, Everett Martin and Parolee Martin and a huge extended family of aunts and uncles, cousins, nieces, and nephews.  He was preceded in death by his mother.
Funeral services will be conducted at 1:00 p.m., Thursday, January 28, 2021, at the First Baptist Church, 128 W. 8th St., Paris, KY by Rev. John E. Reese. Burial will be in the Evergreen Memory Gardens, Paris, KY, where military rites will be performed.
Visitation will be from 11:00 a.m., Thursday, January 28, 2021, until the hour of service at the church.
Pallbearers will be Keith Meyers, Gary Trumbo, Ricky Morgan, Christmas Martin, Antoine Tribble and Kristofer Washington.
The funeral arrangements were entrusted to Lusk-McFarland Funeral Home, 1120 Main Street., Paris, KY 40361.