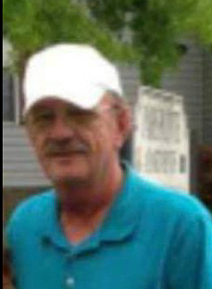 George Michael Watkins, 68, died Sunday, February 21, 2021, at his home in Paris, KY.
A native of Mt. Sterling, KY, he was the son of the late John and Susan Ishmael Watkins. He was the Final Quality Inspector at Link Belt. He also loved to play golf.
He is survived by two sons, Michael Glenn Watkins and Travis Watkins; one stepdaughter, Franchesca Traylor; seven grandchildren; two great grandchildren; several nieces, nephews and cousins and a best friend, Janice Watkins.
In addition to his parents, he was preceded in death by three brothers and three sisters.
There will be no services.
The arrangements were entrusted to the Lusk-McFarland Funeral Home, 1120 Main St., Paris, KY.
The online guestbook is at www.lusk-mcfarland.com and a 24 hour funeral information line can be reached by calling 859-987-4387.