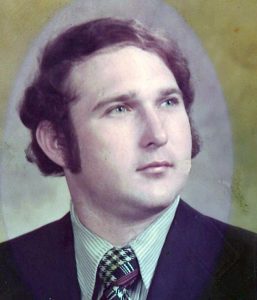 William Fred Rose, Jr., 76, husband of Vickie Lynn Jones Rose for 43 years, died Sunday February 28, 2021 at the Pioneer Trace Nursing Home, Flemingsburg, KY.
He was born in Hazel Green, KY to the late William Fred Rose, Sr. and the late Mildred Cecil Rose. He graduated in 1963 from Morgan County High School where he played football and baseball. He went to graduate from Morehead State University in 1968 with a Bachelor’s degree in physical education and agriculture. He began teaching and coaching at Paris High School in January 1968 and taught for 8 years. While teaching and coaching, he also managed his father’s Bourbon County farms and later received his certification in special education from the University of Kentucky in 1969.
Fred coached the Paris High School Freshmen Boys Basketball team for one year. This was the year the varsity team went to the state tournament in 1970. He also was the head coach of the Paris High School Baseball team for seven years. During that time his team won one district championship and runner-up twice. He was the head assistant football coach for Paris High School for eight years including the 1973 State Championship team. The 1974 senior class dedicated the annual to him, becoming the youngest teacher to receive that honor at the time.
In 1976 he left Paris High School to start the John Deere dealership in Flemingsburg, KY, and shortly afterwards married Vickie Lynn Jones in 1977. He owned the business for twenty years and retired in 1995 to engage in farming full time on the family farm operation, known as the Rose Cattle Company. On September 5, 2008, he was installed into the Paris High School Hall of Fame.
In addition to his wife, he is survived by a brother-in-law, Bruce (Cathy) Jones; two sisters, Priscilla Wheeler and Bettye (Doug) Norsworthy; sister-in-law, Regina Rose; family friend, Debbie Morgan and several nieces, nephews and cousins.
In addition to his parents, he was also preceded in death by a brother, Karl Rose.
Funeral services will be conducted at 1:00 p.m., Wednesday, March 3, 2021, at the Lusk-McFarland Funeral Home, 1120 Main St., Paris, KY by Bro. Larry Brown. Burial will be in the Paris Cemetery.
Visitation will be from 11:00 a.m., Wednesday, March 3, 2021, until the hour of service at the funeral home.
Pallbearers will be Bruce Jones, Marty Jones (Nephew), Chad Bowling, Brent Sparks, Robert Orem and Jamie Kerby.
Honorary pallbearers will be Mike Jones, JT Orem and all his former baseball and football players.
The funeral arrangements were entrusted to the Lusk-McFarland Funeral Home, 1120 Main St., Paris, KY.
The online guestbook is at www.Lusk-McFarland.com and a 24 hour funeral information line can be reached by calling 859-987-4387.