Iranian who inspired ‘The Terminal’ dies at Paris airport

PARIS (AP) — French officials say an Iranian man who lived for 18 years in Paris’ Charles de Gaulle Airport and loosely inspired the Steven Spielberg film “The Terminal” has died in the airport. Mehran Karimi Nasseri died Saturday after a heart attack in the airport’s Terminal 2F. That’s according to official with the Paris airport authority, who said police and then a medical team treated him but were not able to save him. Karimi Nasseri, believed to have been born in 1945, lived in the airport’s Terminal 1 from 1988 until 2006, first in legal limbo because he lacked residency papers and later by choice, according to French media. The airport official said Karimi Nasseri had been living in the airport again in recent weeks.

US Rhodes scholars chosen to begin Oxford studies in 2023

WASHINGTON (AP) — A new group of Rhodes scholars from the U.S. has been chosen for the prestigious academic program in a selection process that was conducted online for the third consecutive year. American Secretary of the Rhodes Trust Elliot Gerson said in a statement early Sunday that the class of 32 scholars for 2023 was “elected entirely virtually, with both candidates and selectors participating remotely, safely, and independently.” Interviews for the 2021 and 2022 scholarship classes were conducted virtually because of the COVID-19 pandemic. The 2023 class, chosen from a pool of more than 2,500 applicants, is expected to begin studies at the University of Oxford in England in October in pursuit of graduate degrees in social sciences, humanities and biological and physical sciences.

Unmanned, solar-powered US space plane back after 908 days

CAPE CANAVERAL, Fla. (AP) — An unmanned U.S. military space plane has landed after spending a record 908 days in orbit for its sixth mission and conducting science experiments. The solar-powered vehicle landed early Saturday at NASA’s Kennedy Space Center. Its previous mission lasted 780 days. The X-37B space plane hosted a service module that carried experiments for the Naval Research Laboratory, the U.S. Air Force Academy and others. One experiment deployed a satellite in October 2021 that still remains in orbit. Another evaluated the effects of long-duration space exposure on seeds.

CASPER, Wyo. (AP) — Facial hair enthusiasts claim to have set a new world record for longest beard chain during an event in Wyoming. The Casper Star-Tribune reports that participants gathered at a bar Friday, stood side by side and clipped their beards together to create a hairy chain that was measured at 150 feet long. That’s more than double the Guinness World Record of 62 feet, 6 inches, set in Germany in 2007. The new record claim came on the sidelines of the National Beard and Moustache Championships, which took place Saturday at the Ford Wyoming Center in Casper.

Federal prosecutors are asking a federal judge to sentence disgraced Theranos CE0 Elizabeth Holmes to 15 years in prison. The document was filed Friday after Holmes’ attorneys asked the judge for leniency, Assistant U.S. Attorney Robert Leach portrayed Holmes as a liar who duped investors in her failed blood testing company out of hundreds of millions of dollars and put the health of patients at risk by going to market with an unproven and unreliable medical device. He also asked that Holmes pay more than $800 million in restitution. Holmes was convicted early this year four felony counts of investor fraud and conspiracy and is set to return to court in San Jose, California on November 18 for sentencing.

WARSAW, Poland (AP) — The son of World War II Auschwitz death camp hero Witold Pilecki is seeking millions in compensation from Poland’s government for his father’s post-war arrest and his 1948 execution by the communist authorities of the time. The case opened this week before a Warsaw court. Andrzej Pilecki, aged 90, argues the compensation would be due to his father by the law that redresses communist-era wrongs. His father, Cavalry Capt. Witold Pilecki volunteered in 1940 to be caught by the Nazi Germans and held at Auschwitz, in order to organize resistance there and gather evidence of Nazi German atrocities. He escaped in 1943 and wrote a report read by the Allies. After the war he was executed on charges of spying for Poland’s government-in-exile in London.

Twitter drama too much? Mastodon, others emerge as options

Twitter has been a bit of a mess since billionaire Tesla CEO took helm, cutting the company’s workforce in half, overhauling the platform’s verification system, sparring with some users and acknowledging that “dumb things” might happen as he reshapes one of the world’s most high-profile information ecosystems. It’s not clear if the drama is causing many users to leave. In fact, having a front seat to the chaos may even prove entertaining to some. But lesser-known sites such as Mastodon and even Tumblr are emerging as new or renewed alternatives.

NEW YORK (AP) — An iconic sign of the holidays has arrived in New York City on Saturday as a crane hoisted an 82-foot Norway spruce into place at Rockefeller Plaza. The 14-ton tree will be festooned with thousands of lights and topped with a star encrusted with millions of crystals. The approximately 90-year-old tree was cut Thursday then lifted onto a flatbed truck for its 200-mile trip from Queensbury, New York to New York City. The Christmas tree will be officially lit on Nov. 30.

Gas stations in Haiti reopen for 1st time in 2 months

PORT-AU-PRINCE, Haiti (AP) — Whoops of excitement are echoing through Haiti’s capital as gas stations open for the first time in two months after a powerful gang lifted a crippling fuel blockade. The gang federation known as G9 had seized control of an area surrounding a key fuel terminal in mid-September, paralyzing life in Haiti. The move _ aimed at ousting Prime Minister Ariel Henry after he announced a rise in gas prices _ forced gas stations to close, hospitals to cut back on critical services and businesses including banks and grocery stores to limit their hours. It also worsened a cholera outbreak. 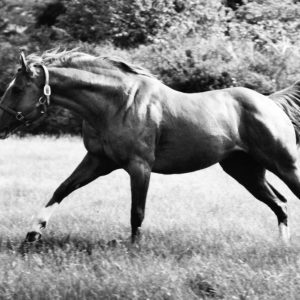