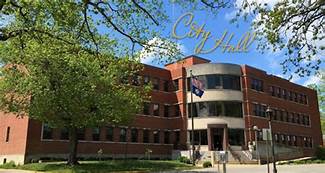 The Paris City Commission voted in a second reading to reduce the recently passed property tax rate from 0.1486 per 100 dollar valuation to 0.1179. The Kentucky Department of Revenue found that the PVA office had miscalculated the rate and in keeping with the guidelines for adopting the Compensating Rate recommended the adjusted rate.
The second reading was possible since the Commission had held a special called meeting on September 23 to conduct a first reading of the proposed new rate.
In other business, the City:
•Heard a presentation from Kentucky State Representative, Matt Koch, presented Jerome Harney with a Kentucky Colonel Commission for his “Service to Paris and his country.”
Harney, a long time business owner in Paris (barber shop) and former City Commissioner, recently took the Honor Flight to Washington DC that celebrates and honors veterans. Harney, a former Marine, said he was appreciative of the recognition and praised the work of the Commission. “We are all in this together,” Harney said.
•Heard a proposal from Steve Lewis to conduct a 5K fund raiser on November 2 to benefit the Paris High School baseball program and PAWS. According to Lewis, each participant will pay an entry fee of $40.00 and bring a sack of dog food.
“The money raised will go to the baseball program and PAWS will get the dog food,” Steve said. It was approved.
•Approved a 5-year renewal of the Spectrum Cable contract with the city.
•Approved the purchase of a Organic Carbon Analyzer for the water treatment plant at a cost of $36,864.00.
•Heard a report from Mike Withrow, Assistant City Manager, that a $30,000 grant would help install master water meter installation to monitor water usage by region. He also said that an RFP would be released to get bids on finishing and correcting the mistakes made in the Legion Park building. Daron Jordan, City Manager, said that the City was still attempting to negotiate a reasonable settlement with Freedom Steel that constructed the building.
•Heard an update from Stacy Chamber, Rumpke, on trash collection services. According to Chamber, there are 3082 residential customers, 332 commercial customers and 785 participating in the recycling program. There was discussion how to improve the numbers participating in the recycling program that is a free service offered to Rumpke customers.
•Heard a first reading of an ordinance to increase penalties for causing false alarms. The ordinance reads that the first two false alarms will result in a warning, the third through the twelfth will result in a $50.00 fine and false alarms more than twelve in any 12 month period will result in a fine of $100.00.
•Received a letter of resignation announcing his retirement from Police Chief, Butch Best. He has been in law enforcement for 34 years, many of them in Paris. The retirement is effective October 31.
•Approved road closure for the Christmas Parade, December 7 from 5:30-7:30.
•Approved trick or treating for Halloween in Paris on October 31, 5:00-8:00.
AGENCY REPORTS
Betty Allen, Dir. Tourism, reported on the success of the recent ArtWalk and encouraged everyone to participate in the Spooktacular event scheduled for October 27-31. Residents and organizations are encouraged to carve a pumpkin and placed it on the Court House steps.
“This event is always great fun and attracts lots of visitors to downtown to see the display of pumpkins in front of the Court House.”
•Lauren Biddle, Dir. Chamber of Commerce, reported on recent Chamber activities and pointed to two upcoming programs.
“We will be having small business workshops on a monthly basis,” she said, “and a special Women in Business Day is scheduled for October 30.”  Biddle said that 82 women had already signed up for the event.
•Andrea Lacy, Dir. P&Z, reported on the Comprehensive Planning Update efforts. She said that, “We have had 16 community meetings on planning.”  More are scheduled and everyone is invited. You can access the schedule for all the meetings on the P&Z web site.
•Gordon Wilson, Dir. EDA, reported on the recent visit to Washington DC to lobby for the $25 million grant to upgrade 460 to Georgetown.
“We had 12 people on the trip and met with the right people in Washington who will consider our request,” he said.
•Wilson also reported that the EDA had purchased an additional 20 acres for industrial development.
STAFF REPORTS
Erin Morton reported on a recommendation to hire Travis McGlothin as a full time police officer. It was approved.