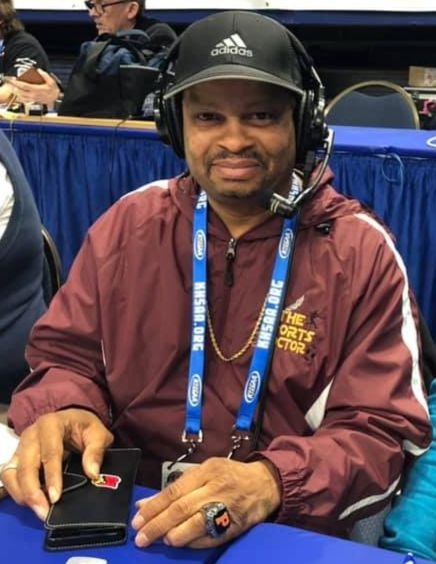 Greetings everyone, my name is Ivan K. Rice, better known as The Doctor of Sports or Sports Doctor. I’m the son of the late Robert W. Rice and Seleste Rice of Paris, Kentucky and I have two brothers (Dwayne and Terry) and a sister (Yvette).

I was born in Mt. Sterling, Kentucky but call Paris, Kentucky my home. I was given my nickname (Doctor of Sports) when I attended Paris’ Southside Middle School back in 1976 when a classmate started calling me by that name because of all of the sports history I would talk about on a daily basis. From that day forward that name has stuck with me, where most today call me The Doctor or just Sports and never Ivan.

I attended Paris High School and Eastern Kentucky University and while at Paris, I played football, basketball, baseball and ran track. I was also the Sports Editor of the Paris High Pride Newspaper, which started my journalism journey under Mary Dickerson. I went on to work on the Eastern Progress Newspaper and was a member of the EKU Athletic Department’s stats crew.

I’ve been with the Bourbon County Citizen newspaper since 1985, where I started out just covering the sports teams at Paris High School before branching out and covering all local schools in 1990. Because of that, today, I hold the position of Sports Editor. I’ve been voted into several Hall of Fames because of my sports writing/coverage and I’ve won numerous Kentucky Press Association Awards.

While not covering sports, I work for Geno’s Formal Affair and Lexington Parks and Recreation. During my spare time (the little that I have), I coach youth football, continue to play softball, flag football, golf, basketball and tennis, while always participating in the Bluegrass State Games despite my age. On top of that, I’m the voice of the Paris Ladyhound basketball team.

I’m also a member of St. Paul United Methodist Church in Paris and a few of the best things I love doing are karaoke (my favorite song – Rapper’s Delight), playing cornhole and watching sports. My favorite sports teams are Louisville, UCLA, Cincinnati Reds, Cleveland Browns and the Los Angeles Lakers, as well as Paris and Bourbon County.

My job at the Bourbon County Citizen has taken me many places and I’ve seen a lot of games over my years at the paper and I wouldn’t trade it for the world. It’s been an awesome ride.

Thanks for your continuous support and I hope you guys enjoy what you read, from the Sports Doctor, each week.

And to my athletes that I have the privilege of covering, “Always play to win but if you lose, deal with it, move on, and be ready to play the next game!”

I was raised in Jefferson County, Kentucky, on a thoroughbred horse farm where my father was a manager. It was there that I developed a lifelong passion for all things equine and have continued to own, train, and breed horses throughout my life.

A graduate of Berea College with degree in English and History, I was, for six years, a high school teacher and coach in Cleveland, Ohio and Louisville, Kentucky. Sports were always a big part of my life and I had the boyhood dream of being a major league baseball player. I loved competition and played baseball in high school and all four years in college. Although I never realized by boyhood dream, the memories of games played with friends and classmates in ball parks around the state made it all worthwhile.

I treasure the time spent as a classroom teacher and having an impact on the directed learning of students while witnessing their growth in academics and as individuals. I was married and with two children began to think about changing careers as an economic necessity. 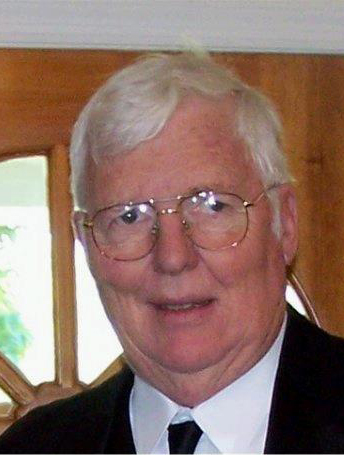 The Kroger Company offered a management training position and I was challenged by the new career path and learning more about the retail business environment. As a training and development manager I continued to use my classroom skills and finding ways to help managers grow and develop. Promotions and new opportunities led me to the Corporate Office where I experienced how large corporations compete on the national and international level. The time spent in senior management with a dynamic and successful company offered me new insights into the strategic importance of recognizing and responding to the changing culture and consumer expectations. I retired from Kroger as a Corporate Vice President with multiple responsibilities and began to think about a third career challenge.

Northern Kentucky University was in the early stages of financial development and I was offered and served as President, NKU Foundation, leading a team to raise money that supported the rapid growth of the University. We also developed a small industrial park and a business incubator for a long term revenue stream.

After three rewarding careers it was time to retire! My wife and I moved to Paris, Kentucky with our last of six children on small horse farm where I could continue with my equine friends.

I renewed my passion for books and the desire to be a wordsmith and began writing on a free lance basis for magazines and other publications. The local newspaper, The Bourbon Citizen, was a perfect place to experience the joy of meeting people as they shared their experiences of life in the small community. I have relished the fact that each week the stories are different and welcomed by our readers. I write news stories, features and report on government meetings as part of my “beat.”

My wife, Wilma and I, have found Paris to be a peaceful place to live and work. We are able to travel and enjoy our family that includes: six children, eleven grandchildren (ten boys and one girl) and one great granddaughter.

I grew up in a newspaper family with both my parents and grandparents owning this newspaper.

It was the during The Kentuckian-Citizen era that I first remembered inserting circulars in the hot back shop to the rhythm of the old massive Goss printing press. Those were the days of linotype typesetting, hand fed job presses, molten lead for type and halftones for photos. I even had the honor of running the old Chandler-Price platen press doing job work for various businesses in Bourbon County. Today that would be considered an art form. 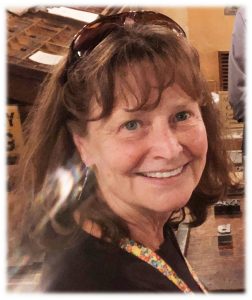 Other “jobs” at the newspaper included paper routes; whether it be walking, riding a bicycle or sitting on the tailgate of an old 1970s station wagon. This was during the early days of the shopper The Citizen-Advertiser.

With college came work-studies that included typing and mimeographing for the psychology department; writing for the school’s newspaper and magazine.

After college, I eventually moved away and went to work at The Lebanon Enterprise and then later The Henry County Local, before returning home in 1986 and began working part time at my family’s newspaper again, doing features, photography, advertising sales, layout and darkroom work.

Having been seemingly thrown into the 20th century, most of the mechanics of newspaper production went by the wayside. So, from hot metal to melted wax to computerization we went, sometimes unwillingly, but we had to change.

Today, I do advertising and page layout, some bookkeeping, typesetting (yes we still do that), online entries, some feature writing, newswriting and photography (no more dark room).

I am a graduate of St. Mary School, Paris High School and Morehead State University with a degree in Art and Journalism. I’ve attended training classes in Adobe Creative Suite, which we use to publish The Citizen today.

I am mom to four children (their spouses and a fiance) and seven grandchildren.

I reside in Paris with a cat, dog and four chickens.