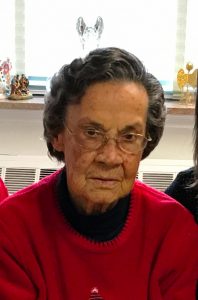 Born December 9, 1933 in Nicholas County to the late Lovell & Nancy Elizabeth Frederick Shaw, she was a Nicholas County High School graduate, a former clerk at Lerman Brothers and Abnee’s Blue Licks Grocery and member of the Carlisle United Methodist Church. Dottie was devoted homemaker and an excellent cook, who greatly enjoyed the country life and being outdoors.

Also preceding her in death was a brother, Charles A. Shaw.

Services will be 11:00 A.M. Wednesday, December 11, 2019 at Carlisle United Methodist Church by Rev. Denise Wallace with burial to follow in
Carlisle Cemetery.

Visitation will be after 5:00 P.M. Tuesday at the church.

Arrangements are under the direction of Mathers-Gaunce Funeral Home.

Condolences and video tribute are available at www.mathersgaunce.com