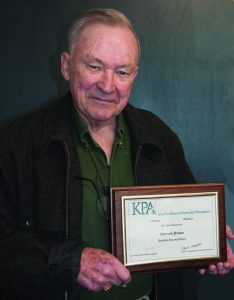 The Kentucky Press Association held its annual convention and awards ceremony Thursday and Friday, January 23 and 24.

Entries from The Bourbon County Citizen didn’t go unnoticed in the Advertising nor Editorial divisions. The submissions were judged against similar entries from newspapers all over the state with in classes determined by circulation.
The sports editor for The Bourbon County Citizen, Ivan K. Rice was the winner of three awards.
Ivan won first place for Best Sports Story (Paris Freshman Taesha Speaks Was Magnificent At The Class 1A State Track And Field Championship), where the judge said that this was  a very smooth read.
He also won a first place for Best Sports Page/Section. The judges said that the pages were packed with good photos and information. Layouts were clean and headlines showed thought.
He also had a third place award for Best Sports Column where the judge said that his story stood out because it’s important to shine light on all athletes. The quotes from the parents were heartfelt and the update at the bottom of the story on both students’ performances since the interview was nice.
“It’s an honor and pleasure receiving awards for the work that you do and for someone to feel that your work is better than others … all I can do is smile,” said Ivan. To see my name on the big screen in a room filled with tons of journalists, tells me that I must be doing something right at our tiny newspaper in Paris. Yes, I’ve had many opportunities to go elsewhere but I write for my hometown paper because I want to make sure that every kid in our community get some type of recognition they truly deserve. Much love to the people that voted for me.”
Bourbon County Citizen columnist Garnett Brown won a first place in the “column division.” Three columns were submitted in the contest to which judges wrote: “These columns demonstrate a nice writing style and a sense of voice. I feel like I know the writer. They also offer a bit of philosophical musing, which provides a change of pace.”
“I was thrilled to receive this award from Kentucky Press Association,” shared Brown. “It is always nice when your work is recognized in such a positive manner.” 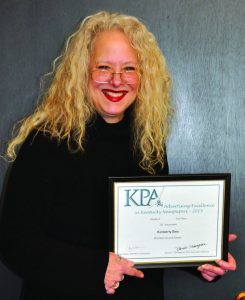 In the Advertising Division of the contest, Bourbon County Citizen’s Kimberly Sies won a second place in Automotive Advertising. It was an ad she’d designed for Ken’s Auto to which judges remarked: “Humorous image draws attention to an intriguing offer.”
“I’ve been in creative design since 1996. It’s always a ‘challenge’ and so much fun to create something that ultimately is effective in its manner. I just love doing what I do!” Kimberly said.
Jill McKenzie, who worked as media director for Bourbon County Schools and a regular contributor to the newspaper, submitted advertising to The Citizen and won a second place in the advertising division for “Best Ad Series.”  Judges remarked that (he or she) liked the way the ads featured the community. Very nice and the pictures are fun. I like the layout!.”
“I am so grateful to the Kentucky Press Association for not only recognizing my work but also the students that were in these publications”, shared Jill. “My 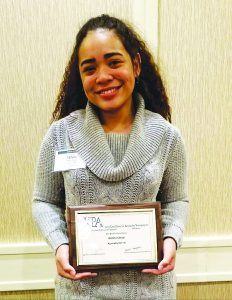 work was always about spotlighting youth and accomplishments so this award honors them as well as me. This particular award was for advertising leading up to the high school play. Promoting the arts in school has always been dear to my heart and my work. Thanks to the Bourbon 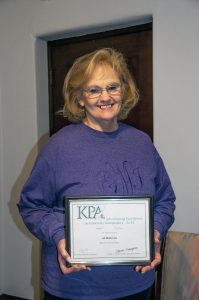 County Citizen for their continued support of our youth. I know of no other local paper in the state that has as much coverage for youth as our local paper.”
Another award recipient was a former intern for The Citizen, Akhira Umar, who is now a journalism student at The University of Kentucky. She won a first place for UK’s Kentucky Kernel at the KPA Convention.
Akhira started working at the Kentucky Kernel in Feb 2018. She wrote one article before becoming assistant lifestyle editor. That summer she was a co-editor in charge of the whole paper that led her to being the lifestyle editor from fall 2018 to spring 2019. She had to give up her position to study abroad but has continued to write articles for them, mainly opinion-styles for the time being.
In the KPA contest, Akhira won first place for Best Feature Story ‘Leave A Legacy’: Senior Isiah Brown works to better UK, where the judge said that she used great additional voices to bring the story alive and the writer captured the essence of the story with grace and fine flow.
She won a second place in the same Best Feature category. The feature she wrote was called Marching to a new beat: Celebrating the 50th anniversary of women in the marching band. The judge called this a lovely piece profiling this moment in history and how it changed music at the school. 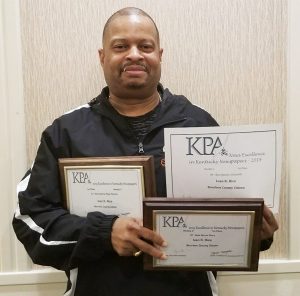 “I’m extremely proud of Akhira for winning her KPA awards. And to think, she started with me writing sports stories here at the Bourbon County Citizen,” said Bourbon County Citizen Sports Editor Ivan K. Rice. “I told her to keep writing, because her best work is yet to come!”
Akhira is a graduate of Paris High School class of 2017.
“I’m still in disbelief that I won those awards,” commented Akhira. “Rick, the Kentucky Kernel’s editor-in-chief, told me I had won something, but I just didn’t believe it. To me, my articles have always been ‘just enough.’ I never thought they were quality articles that were actually worth winning something. I never felt like I needed validation for my writing or my abilities, but I can’t lie, it is nice being recognized. It’s given me a second wind for journalism. To think, I was hesitant to join the Kernel at first. But it’s helped me grow so much as a person and a writer. I know I’ll always have a home there.” 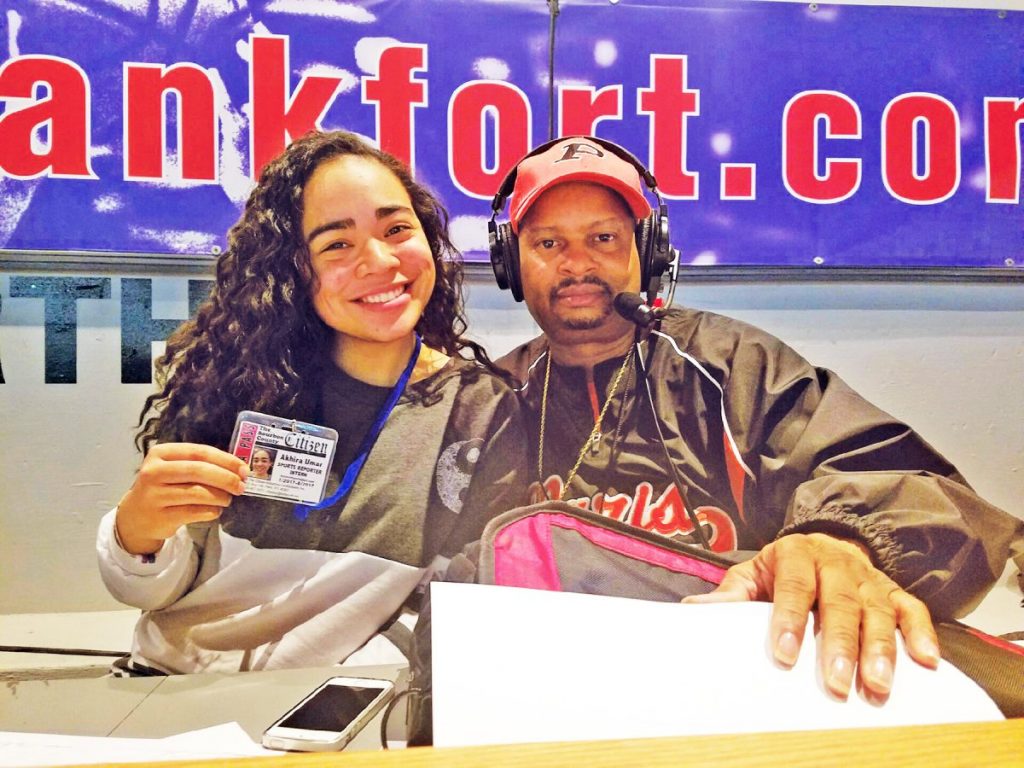 AWARD WINNERS – Akhira Umar, a former Citizen intern, along with Ivan Rice were honored with awards for their writing efforts at the Kentucky Press Association’s annual convention and awards ceremony held in Lexington last weekend. Both are shown here covering the Paris Greyhounds at the 2017 All ‘A’ Classic State Basketball Tournament in Frankfort.