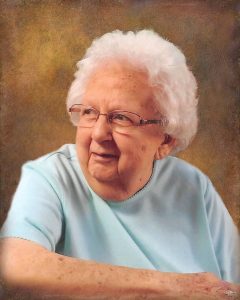 Betty Jean Williams Bohanan Martin, age 84 of Paris, wife of Floyd Martin, departed this life on Sunday, January 26, 2020 at Bourbon Community Hospital after an extended illness.   She was born in Bourbon County on June 20, 1935, the daughter of the late Dee Clinton and Pauline Mae Elam Williams, a 1953 graduate of North Middletown High School, a retired dietary assistant at Bourbon Heights and a member of Spears Mill Baptist Church. Besides her parents, she was preceded in death by her first husband, Luther Eugene Bohanan, in 1997, and a son, Mike Bohanan.