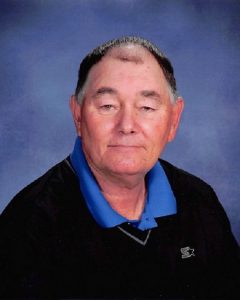 James Russell “Jamie” Stanfield, of Paris, husband of Ida Bailey Stanfield, died unexpectedly at his home on Thursday, February 13, 2020, having attained the age of 65.   He was born on February 21, 1954 in Paris to the late Herbert Lee and Lucille Jean Wagoner Stanfield, was a graduate of Paris High School, and was retired, having worked for the City of Paris.

He was a longtime member of Silas Baptist Church where he was actively involved.  Besides his parents, he was preceded in death by a sister, Kimberly Stanfield Williams.
In addition to his wife, Ida, he is survived by two sons, Kevin Bailey Stanfield and Kelly Joseph Stanfield.