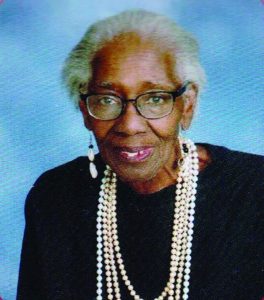 Betty Jane Penn, 80, died Saturday February 15, 2020 at Bourbon Heights Nursing home in Paris KY.
She was born in Redhouse, KY, the third child of the late Leslie Oliver Penn and Mary Green Penn but grew up in Paris.  Betty was a graduate of Western High School, went on to receive a Bachelor’s degree at Tuskegee Institute (now University), and a Master’s Degree in History from the University of Michigan.  While at Tuskegee, Betty pledged Delta Sigma Theta Sorority, Incorporated, and was a lifelong active member. Betty worked at the University of Michigan, Fisk University, and Howard University, before beginning a twenty-year career with the Health Resources and Services Administration of the U.S. Department of Health and Human Services. Upon retirement from Federal Service, Betty became a docent for the Smithsonian Museum of African Art.  This was perfect for her as she had been an avid African art collector.  She visited many countries and continents in her lifetime.
She is survived by her nephews Bill (Donna) Jones of Paris, KY, Michael (Lisa) Jones of Lexington, KY, Jamaal (Courtney) Penn of Indianapolis, IN, a niece Mary (Jamaal) Jackson of Frankfort, Ky, and other nephews and nieces, cousins, and great nephews and nieces.
Betty was preceded in death by her siblings John Penn, James Penn, Ethel Penn Jones, and Margaret Penn.
Services will be held at 2:00 PM Friday February 21, 2020 at First Baptist Church, 128 West Eighth Street, Paris, KY by Rev. Dr. Morgan Gilkey, interment will follow at the Cedar Heights Cemetery, Paris, KY.
Visitation will be from 1-2 p.m.
In lieu of flowers, memorial contributions may be sent to: Delta Research & Educational Foundation, 1703 New Hampshire Ave. NW Washington, DC 20009 or via www.deltafoundation.net
The Pallbearers will be Charles Trumbo, Bill Jones, Michael Jones, Jamaal Penn, Brandon Jones
Honorary Pallbearers will be the Western High School class of 1958.
The funeral arrangements were entrusted to the Lusk-McFarland Funeral Home, 1120 Main St., Paris, KY 40361.
The online guestbook is at www.Lusk-McFarland.com and a 24 hour funeral information line can be reached by calling 859-987-4387.