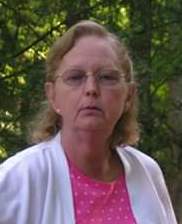 A native of Nicholas County, KY, she was the daughter of Lowell Jay Mynear and the late Dorothy Ellen Sadler Mynear.  She was a member of the Paris Christian Chapel Church.  Shirley was retired from Kentucky Textiles where she was a seamstress and also retired from Gall’s Police Supply.

In addition to her mother, she was also preceded in death by a daughter, Kathy Jo Clem; two brothers, Lowell Jean Mynear and Melvin Jay Mynear.

Funeral services will be conducted at 11:00 AM Thursday March 5, 2020 at the Lusk-McFarland Funeral Home, 1120 Main St., Paris, KY by Rev. Don Jolly.  Burial will be in the Clintonville Cemetery.