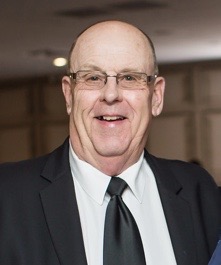 He attended the First United Methodist Church in Paris, Kentucky. John was born in Maysville, Kentucky on April 17, 1955 the son of the late Wilson Myers Mitchell and Frances Roberson Mitchell.

Beside his parents, he was preceded in death by his brother, Laddie Mitchell and his father-in-law and his mother-in-law, Jerry and Norma Allison.

Burial was in the Maysville Cemetery.