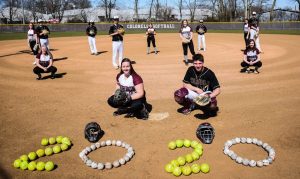 WILL THEY GET TO PLAY? – Senior members of the Bourbon County High School baseball and softball team got together for a senior photo day just a week before the KHSAA would shut down the spring athletic season. Both teams were heading into the season with high expectations as the Lady Colonels were ranked No.1 in the Girls’ 10th Region Softball Poll, while the Baseball Colonels were looking to ride the arm of University of Louisville commit Brycen Collins. Question remains, will these seniors get their chance to enjoy their final year on the diamond? Only time will tell. Seniors picture (in no particular order) are Samantha Rogers, Kaylyn Barnett, Kyra Curtis, Katie Ritchie, Hannah Kissick, Haley Kitchen, Lacy McFarland, Alex Cummins, Ehin Connor, Brycen Collins, Michael Peterson, Braxton Earlywine and Cameron Brady.       KRISTA BARNETT I For BCHS Sports

Is Springs Sports Officially Over For This Season?

For The Sake Of The Seniors, Let’s Hope Not!

PARIS, KY –  The sporting world came to an abrupt halt earlier this month as league after league, high school, college and professional suspended, postponed or canceled operations amid the COVID-19 pandemic. For Kentucky, it all started with the postponement of the very popular boys and girls sweet 16 basketball tournaments.

Based on information and guidance from both the Kentucky Department of Education and the Governor’s office, the girls’ state tournament was postponed indefinitely after the conclusion of game five. Last week’s boys’ state tournament never got started. The Association did say that they will try and seek options for rescheduling later in the spring if at all possible, but not until after they have received collaborative approval from the Governor’s office, the Commissioner of Public Health and the Kentucky Department of Education.

Soon after shutting down the two biggest money makers, next came the stoppage of all spring sports after the State Government began closing all school systems around the state, which really left the KHSAA with no choice but to move to an early dead period, which normally happens in late June and early July after the completion of the baseball and softball state tournaments.

Paris High School Athletic Director Cary Barr had this to say about the postponement of all springs sports and COVID-19.

“This virus epidemic that we face has brought us to a standstill in high school athletics. I commend the KHSAA for stopping all spring sports with its dead period stance. This is something that had to be done. Until we know more about what we are facing we should not let our athletes participate and be around others that might be carrying the virus. We do not know what our situation will be four weeks from now, but if it gets any worse, the KHSAA could suspend the whole spring sports season for 2020.”

Now, with the KHSAA dead period in play, the real questions remains, will the spring sports athletes, especially the seniors, take the track, boat, diamond or court in the near future? To be honest, this writer feels that spring sports for 2020 is history! And if that’s the case, you really have to feel for the ones that had an excellent chance of making this spring season very memorable. 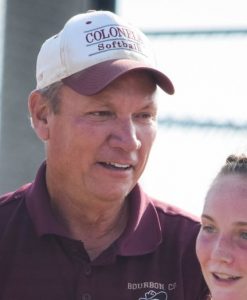 “I pray that this spring season can be salvaged in some form so that the seniors throughout the state can participate, experience a senior night, along with post-season aspirations,” Lady Colonel Softball Coach Tony Sosby 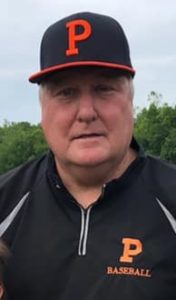 “This virus epidemic that we face has brought us to a standstill in high school athletics. I commend the KHSAA for stopping all spring sports with its dead period stance. This is something that had to be done. Until we know more about what we are facing, we should not let our athletes participate and be around others that might be carrying the virus. We do not know what our situation will be four weeks from now, but if it gets any worse, the KHSAA could suspend the whole spring sports season for 2020. Our care and safety of our student athletes is our most important obligation,” Paris Schools Athletic Director Cary Barr

Some Local Teams Were

Take the Bourbon County Lady Colonels softball team for instance. Coach Tony Sosby’s team is considered to be the team that has enough firepower to dethrone defending region champion Pendleton County, who beat Bourbon in the finals a year ago. Led by seniors Kaylyn Barnett, Samantha Rogers, Katie Ritchie, Lacey McFarland, Kyra Curtis, as well as underclassmen Micah Hays and Katie Fister, one can see why Coach Sosby and his squad would like to play.

“The sun will come up tomorrow and we will be better people (individuals) because of this experience,” Coach Sosby said. “Let’s hope that our student/athletes get to play this year and our seniors are able to create some everlasting memories on/off the athletic field.” 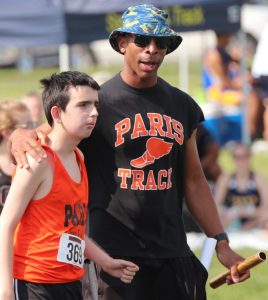 “When I first read the announcement that the Athletic Dead Period was being instituted for Athletic Programs, I really didn’t know what to think. I was in New York for the New Balance Indoor Nationals to watch sophomore Taesha Speaks compete against some of the fastest runners in the nation and was able to talk with some athletes that were staying in my hotel and they all were just as shocked as I was and shared the same disappointment that Taesha did. Yet, they all understood that safety of the athletes is the biggest concern and everyone’s program will be impacted differently, and we all have to do our due diligence in being proactive and staying as safe as possible,” Paris Track Coach Brian Washington

Let’s not forget about Paris Ladyhound track phenom Taesha Speaks, who is destined to break 1A state records in the 100 and 200 meter dash, while defending her state titles in both events. Besides Speaks, Coach Brian Washington’s team is also returning two region champion relay teams, as well as region champions Riah Oliver (shot and discus), Amiyah Speaks (high jump) and 2-time region runner-up Katy Chumbley (long and triple jump) that would’ve given Paris a chance to make a run at the state 1A team title after finishing 9th in 2019, although they were just 18 points away from winning the team title.

Speaks, got her news about the dead period when she was in New York preparing to run in the New Balance Indoor Nationals when they canceled that meet. She had this to say about not running.

“It was very disappointing, considering that I finally qualified. My training was specifically focused around this meet and I had some big goals for this meet. Running at New Balance has been one of my main goals for years, so we will just have to wait and see if I qualify for outdoors. God has a plan for everything, so I just have to stay faithful and continue trusting him, and what he is doing.”

How about the BCHS Lady Colonels track team? The two-time defending region runners-up are still loaded, and this very well could be the year that Coach Drew Perraut’s squad finally win the region team title, as well as the state 2A team title. And rightfully so, considering everyone returns on all four of their state power relay teams, as well as individual stars Bethany Simpson, just an eighth grader, and indoor state pole vault champion Anna Hunsinger. The Bourbon boys are relying heavily on senior Jared Sandefur, the reigning Region 4 Champion in the 110 and 300 meter hurdles and seventh grader Jesus Mendoza-solis, who made a huge statement during the recently completed indoor season.

“Where my mind and heart goes is for the seniors and eighth graders,” said Colonel XC Coach and Assistant Track Coach Matt Perraut. “Those years are pivotal for them and when I look back, I personally remember those years specifically. They were like, this is my time to shine, my time to be the best out there.”

And let’s not leave out Coach Nelson Faris’ Bourbon County Colonel baseball team. If nothing else, they were going to draw a crowd at their games just to watch Louisville signee Brycen Collins pitch. Because of Collins, this team will have a great shot at winning the region title with the help of fellow seniors Braxton Earlywine, Cameron Brady and Alex Cummins just to name a few.

“As of now, we are suspended thru Sunday April 12th,” Coach Faris said. “Wait and see is all we can do.” 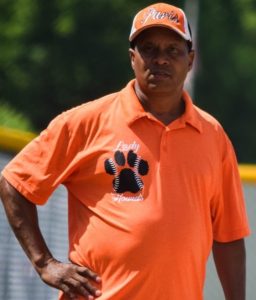 “To lose an entire season will be tough to come back from but like I told my players, some things in life you just can’t control, and you must live with the experiences and move on. The thing I hate the most about not been able to play and compete is the fact that two of my seniors (Manaiyah Jackson and Avaye Hernandez) will not get the chance to finish their career the right way after being with the program since middle school. You have to feel for them and all seniors around the state, if they lose out on their final season,” Paris Softball Coach Dwayne Rice

Being such a small school, Coach Rice said it will be hard for his program to bounce back if they don’t play this spring.

“Even if the KHSAA tries to salvage some of the season, the preparation it would take to get a small program like ours back up and running again will be tough. I told my players, some things in life you just can’t control, and you must live with the experiences and move on. I just feel bad for my seniors and every other senior around the state that had their eye on their final season of playing spring sports. To miss your entire final season will be tough to swallow.”

As of right now, it’s not over and who knows, we may see our local sports team suit up this season but don’t expect it to be anytime soon, because until the fight against COVID-19 is won, nobody will play! 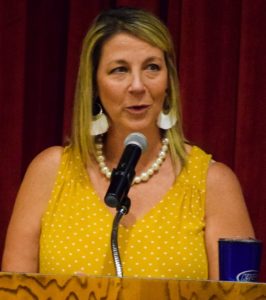 “I talked to our athletes about spring seasons and heard the heartbreak they were feeling. This has been the toughest thing for me in this crisis. I hope that this hiatus prevents the continued spread of COVID-19 and that we can get back to playing ball; however, the safety and health of our student athletes, staff, and supporters are priority number one. I pray that the researchers and doctors find a cure or treatment soon that will allow our lives to get back to normal,” Bourbon Schools Athletic Director Wendy Rankin Mahanna

EDITOR’S NOTE: See the entire story and read more comments from players and other spring sports coaches inside today’s Bourbon County Citizen’s sports section … that can be viewed online or in print.