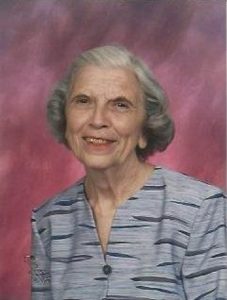 Mary Lee (Haynes) Jackson, 88, widow of Philip Jackson died peacefully on Sunday, March 29 2020. She was born in Woodford County, KY September 11, 1931 to Jesse and Marcella Haynes. She graduated from North Middletown High School, attended the University of Kentucky and was employed at the Lexington Blue Grass Army Depot for 20 years, retiring in 1993. She and Philip were married at North Middletown Christian Church April 29, 1951 and were married for 67 years.

Mary Lee was a loving wife, mother, grandmother and homemaker. She was an active member of First Christian Church of Paris for over 65 years where she served as a deacon, taught Sunday School and was a member of the June Stanley Circle. She served as a Girl Scout leader in Paris and volunteered at the Bargain Box for many years.

There will be a private funeral service for Mary Lee Jackson at Evergreen Memorial Gardens with Rev. Jeff Bell officiating.

In lieu of flowers, memorials are suggested to First Christian Church (Disciples of Christ) Paris or Alzheimer’s Association. www.hintonturner.com