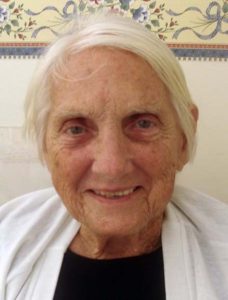 A native of Step Stone, KY, she was the daughter of the late Oliver and Emma Lee Johnson Carpenter.  She was a retired school nurse for the Paris Independent School system, former member of Central Baptist Church, Paris, KY and a member of the First Church of God, Paris, KY.

The family has elected to hold a private service at Lusk-McFarland Funeral Home and a private burial at the Paris Cemetery for immediate family only in remembrance of Eunice McConnell.  Out of respect for the Governor’s request for no large gatherings, we want to do our part to respect all people of Kentucky as well as pay tribute to the beloved Mrs. McConnell.

Memorials may take the form of contributions to the Alzheimer’s Association, 6100 Dutchmans Lane, Ste. 401, Louisville, KY 40205.