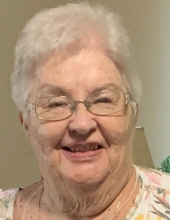 Martha Willoughby was born in Nicholas Co, Kentucky on February 24, 1938. She was the oldest of three children, to the parents of Elza and Sarah Tincher Fryman. She was preceded in death by her husband of 57 years, Earl Thomas Willoughby.

Martha was a member of Overdale United Methodist Church in Louisville, Kentucky. She retired from the Personnel Department at Sears. Martha was a resident at Wesley Manor Assisted Living Facility where she enjoyed Book Club and Exercise Classes.

The family will hold a private graveside service on Thursday, April 10th at the Millersburg Cemetery in Millersburg, Kentucky.