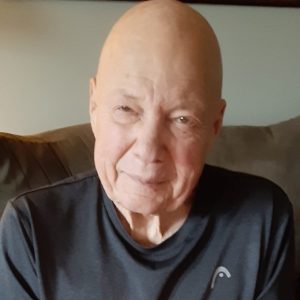 James “Jim” Louis Hyska, of Mt. Sterling, died Tuesday, April 14, 2020 at St. Joseph Hospital in Lexington. He was born in Michigan City, Indiana on March 11, 1940 to the late Leo and Alberta Foldenauer Hyska.

Jim was a member of St. Patrick Catholic Church and an Air Force Veteran. He received his bachelors degree from St. Edward’s University in Austin, Texas and a masters degree from Morehead State University. Jim was a Kentucky Colonel and proud member of Knights of Columbus. He was a pilot, an educator, coached youth athletics; and was Dean of Students at Ganado High School in Arizona. Jim was also a Site Administrator for Lower Kuskokwim School District in Alaska.

Along with wife June, he owned and operated the Trimble House Bed and Breakfast and loved to travel. He was well liked and kept in touch with many of his former students who will always regard him as “coach”. Jim loved life, knew how to make people laugh and those who knew him will miss him dearly.

In addition to his parents, Jim was preceded in death by one sister, Margaret Godlove.

Funeral Mass will be held at St. Patrick Catholic Church at a later date.

Arrangements under the direct care of Coffman Funeral Home & Crematory.