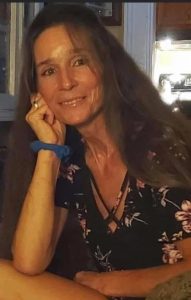 Judy Gayle Bivins, of Fayette County, departed this life on May 14, 2020, at the young age of 50. She was born in Fayette County on July 10, 1969, the daughter of the late Benjamin F. Bivins, Jr. and Dora Lee Holmes Bivins Thomas, who survives, was a bus driver for the Bourbon County Schools, loved the outdoors, and will be missed greatly by all who knew her.

There will be a private service for Judy Gayle Bivins with interment in North Middletown Cemetery. www.hintonturner.com