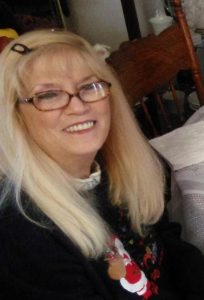 A native of Paris, KY, she was the daughter of the late Harges Reynolds and Elizabeth Robinson Curtis.  She was a homemaker and was of the Baptist faith.

In addition to her parents, she was also preceded in death by one brother, Ricky Curtis and a brother in law, Ottis Hollon.

There will be a graveside service on Monday, June 1, 2020 at 11 a.m at Evergreen Memory Gardens. Burial will follow at the cemetery.