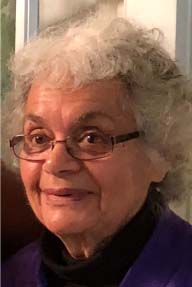 Marie Fernandez Cameron, 82, passed away on July 3, 2020. She was born in Clarksburg, West Virginia on August 12, 1937, the daughter of the late Jack and Carmela Beasi Fernandez. In addition to her parents, she was preceded in death by a son, Donald Cameron, II, a daughter, Deborah Cameron, and a great grandchild, Cameron Tyler Hutchison.

Marie was a Registered Nurse at the Lexington Veteran’s Administration Medical Center for a number of years, having retired from there. She was a devoted member of the Immaculate Conception Catholic Church in Norwood, Ohio. Her greatest pleasure in life were her great grandchildren, grandchildren, and her church.

A private graveside service will be held at the Clintonville Cemetery by her very spiritual advisor, Father Greenwell. www.hinton-turner.com