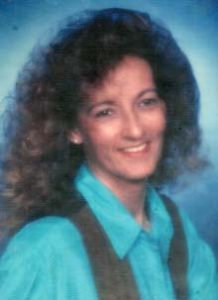 Oma Elizabeth Ballard, widow of James H. Ballard, departed this life on Saturday, July 4, 2020, at the Georgetown Community Hospital, having attained the age of 66 years.   Oma was born on March 26, 1954, the daughter of the late Kenneth and Rosa Smith, worked as a Tool Crib Manager at Linpac in Georgetown and was of the Baptist faith.    Besides her parents and her husband, she was preceded in death by two sisters, Anna Ruth Roberts, Betty Smith, and a brother, Eugene Smith.

The funeral service for Oma Elizabeth Ballard will be at 1:00 p.m. on Thursday, July 9, 2020 at Hinton-Turner Funeral Home.   Interment will be in Paris Cemetery with casket bearers being, Caleb Ross, David Stinnett, Carl Kinne, Adam Banks, Billy Ross, and Donald Sander. Honorary bearer is Joe Frank Banks.   Visitation will begin at 11:00 a.m. prior to the service. www.hintonturner.com