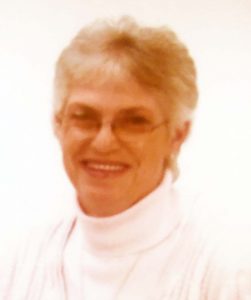 A native of Winchester, KY, she is the daughter of Fannie Mae Clem Lutes and the late Joe Lindsey Banks.  She was a retired Bourbon County Deputy Jailer.  She was of the Christian faith and loved to do crafts and crocheting.

In addition to her father and husband, she was also preceded in death by one sister, Lisa Wells.

Funeral services will be conducted at 12:00 PM Friday August 28, 2020 at the Lusk-McFarland Funeral Home, 1120 Main St., Paris, KY by Kenny Gibson.  Burial will follow in the Evergreen Memory Gardens.

Visitation will be from 10:00 AM until the hour of service at the funeral home.