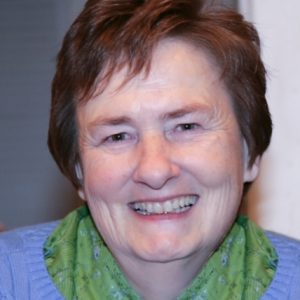 A native of Oak Ridge, Tennessee, she was the daughter of the late Watson E. Adams and Emma Gross Adams.  She attended Leatherwood High in Delphia, KY and then Eastern Kentucky University where she obtained her teaching degree.  She taught in the Clark Co. Schools System and was a member of the CCEA, KEA, NEA and later on the Bluegrass Retired Teachers Association.  She was also the owner of Country Charm Historic Farmhouse Bed and Breakfast.  She was a member of Antioch Christian Church, Paris, KY and was on the Paris/Bourbon County Tourism Commission. Her hobbies included reading, sewing and embroidering where she sold her goods at the local farmer’s market.

In addition to her parents, she was preceded in death by one son, Daniel Joseph Snell; one grandson, David Watson Baker and three brothers, Victor Adams, Benny Adams and J.D. Adams.

Funeral services will be conducted at 11:00 AM Friday, September 18, 2020 at the Lusk-McFarland Funeral Home, 1120 Main St. Paris, KY by Bro. Jeff Sames. Burial will be in the Evergreen Memory Gardens.

Visitation will be from 5-8 PM Thursday, September 17th at the funeral home.

Memorials may take the form of contributions to one’s favorite charity.

The funeral arrangements were entrusted to the Lusk-McFarland Funeral Home, 1120 Main St., Paris, KY. The online guestbook is at www.Lusk-McFarland.com and a 24 hour funeral information line can be reached by calling 859-987-4387.