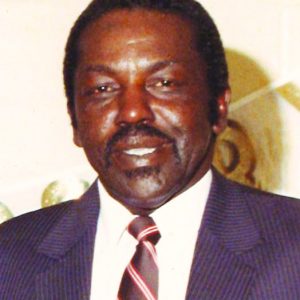 Thomas R. Kenney, 83, widower of the late Diane Marie Brack Kenney, died Friday September 18, 2020 at the Harrison Memorial Hospital, Cynthiana, KY.
A native of Bourbon County, KY, he was the son of the late Roger and Margaret Cason Kenney.  He was a retired general contractor, specializing in masonry.  He was a hard worker and loved providing for his family and his talents allowed him to build his own house.  He also enjoyed fishing and basketball.  Thomas was a United States Air Force veteran and a member of the Wiley United Methodist Church in North Middletown, KY.
Thomas says goodbye to all his relatives and many friends he met while passing through this world.
He is survived by two daughters, Christine Kenney and Sandra (Thomas) Britton; one stepson, Dana (Donna) Brack; two grandchildren, Teran Ransom and Alex Britton; two step grandchildren, Danyelle Yocum and Justin Oliver; one brother, William (Bonnie) Kenney; good friends, Raymond and Ruth Chenault and a host of nieces, nephews and cousins.
In addition to his wife and parents, he was also preceded in death by one sister, Edna Kenney Harris and three brothers, John C. Kenney, James S. Kenney and Roger Kenney, Jr.
There are no services planned but his cremains will be scattered on his parents grave in the Prescott Cemetery, North Middletown, KY.
The funeral arrangements were entrusted to the Lusk-McFarland Funeral Home, 1120 Main St., Paris, KY. The online guestbook is at www.Lusk-McFarland.com and a 24 hour funeral information line can be reached by calling 859-987-4387.