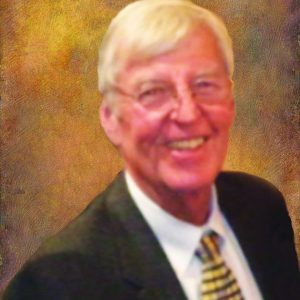 Harold E. Winings, 73, of Lexington, Kentucky, formerly of Paris, departed this life on Wednesday, September 23, 2020, at his home.   He was born on March 23, 1947, the son of the late Raymond Lewis and Mary Goodrich Winings, a graduate of Bourbon County High School, attended Eastern Kentucky University until joining the United States Army, where he served in both Vietnam and Korea.    He was a former reservations clerk at both Piedmont and Eastern Airlines; served as a patrol officer and a detective for twenty-six years for the Fayette County Police Department; worked with DEA, FBI, and ATF departments; and worked as a investigations officer for the Fayette County District Attorney’s office for fifteen years.  He was an avid outdoorsman and loved his yardwork and landscaping.   Besides his parents, he was preceded in death by a son, Zachary Davis Winings, and a sister, Judy Oathout.
Surviving is his wife of 52 years, Jill Smits Winings; a daughter, Britney Winings (Jason) Judd; sister-in-law, Lana Smits Sullivan; a brother, Floyd Winings; and a sister, Sandra Seitz.   Also surviving are four grandchildren, Chase Winings, Reagan, Crosby, and Turner Judd; as well as many nieces, nephews, and cousins.
A Memorial Gathering will be held at Hinton-Turner Funeral Home on Tuesday, September 29, 2020, from 3:00 p.m. to 6:00 p.m. with a special service at 5:00 p.m.
The family suggests donations to the Fraternal Order of Police, 1097 Duval St, Lexington, KY 40515. www.hintonturner.com