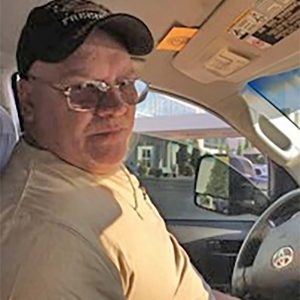 Rodney Layne Roe, 53, died Tuesday October 20, 2020 at his home in Paris, KY.
He was a native of Paris who spent time on the West Cost and in Japan in the United States Marine Corps. He loved to hunt and fish with his family, He was an amazing plumber and made friends immediately. He had an outstanding love for life that couldn’t be touched and for helping people.
He was a loving husband, father, grandfather, son, brother and friend.
Rodney was proceeded in death by his mother, Linda Roe, father Robert Roe, and stepfather Gene Underwood.
He is survived by his wife and, Lisa Roe; children Nikki (Chris) Whitaker, Shelby (Keisha) Roe, Jeramie Roe; grandchildren Lexi, Layne, Brayden, Kaison, Brooklyn Gage; brother-in-law Wayne (Kristin) Smith, Tony (Nicole) Perugini. Sisters Patricia Roe, Kathy Garrison. Nephews Joshua Smith, Christopher (Kayla) Smith Karter Smith and Allen (Harleigh) Weaver; Nieces Krystal Weaver and Kayla Weaver; very Special friends Graciela, Eddie, and Mariela Garcia, Charles (Anna) Edwards; members of SAG and too many others to mention.
The family would like to send out a special thank you to Kim Lewis and the amazing care team at Hospice of The Bluegrass.
Posted in Obituaries