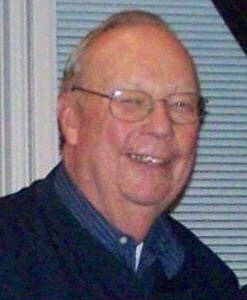 In addition to his wife he is survived by two children, Melissa (Danny) Correll of Paris and Steven Cook of Lexington; one brother Dick (Mary Ann) Cook of Dunnwoody, GA; two step grandchildren, Daniel (Cameron) Correll and Nick Correll; two granddogs, Kacey and Blake and several nieces, nephews and cousins.

He was a lifetime worker in auto part sales and services, as well as the owner/operator of Cook Auto Parts Store (Carquest) in Cynthiana, KY, after which he worked until his retirement at Dotson Brothers of Paris, KY.  He was a member of the New Life Ministries of Paris, KY.  Rex also loved fishing, gardening, NASCAR and all UK Sports.

Rex was a devoted and loving husband, father, brother and friend.  He was loved and respected by all who knew him and will be greatly missed.

Funeral services will be conducted at 1:00 PM Monday December 28, 2020 at the Lusk-McFarland Funeral Home, 1120 Main St., Paris, KY by Steve Baker and Pastor Jeff Jackson.  Burial will be in the Paris Cemetery.