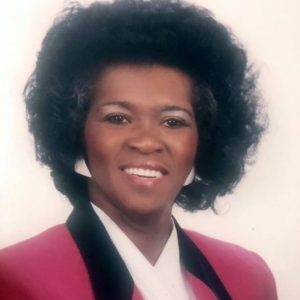 Florence ‘Buck’ Jackson Wilson, 77, of Carlisle KY, widow of Stanley K. Wilson departed this earthly life on January 7, 2021 at Bourbon Heights Nursing Facility.
She was born June 29, 1943 to the late Geneva Rankin Jackson and Charles Henry Jackson. In the year 1961 Florence began employment at what was then known as Bluegrass Industries, subsequently called Jockey International, committing to 33 years of service. She would often tell stories about starting out walking on the road to catch a ride to work and any means she had to get there saying ‘young kids today don’t know what hard work is’. Back in the day, on Friday paydays, she enjoyed going to Rexall’s and getting her favorite Butter Pecan ice cream cone. Florence was a member of Jehovah’s Witnesses. She was devout in her religious convictions, having devoted many years of faithful service.
A favorite pastime of hers, that began in her teen years where she could be seen ‘courting’ at the local small town roller rink, was busting a move, donning fish net stockings, a frosted doo, fake mole while dancing the Twist, the Jerk and the Mashed Potatoes to her favorite songs, Mustang Sally, Otis Redding ‘Sitting on the Dock of the Bay’, and Sam Cook ‘Change is Gonna Come’. She was still dancing or as she called it ‘backing it up’ until she was no longer ambulatory. She loved the color purple and in her 77 glorious years we only saw her temperament once. She had a unique talent of driving with both her left and right foot saying she just might need to ‘get there a little faster sometimes’ often driving 75 plus mph in town and 35 in town holding up traffic without a care in the world.
She was the consummate cook, gifted with the abilities to make the best fried chicken and gravy, fried apple pies and iced tea to wet your palate. An iron skillet was her canvas. Everyone was welcome at her table. She fed many and turned away none.  She never met a stranger, having earned the name ‘Eveready’ so appropriately assigned to her by her brother-in-law Norman. When she entered a room, she yelled ‘Yoo Hoo’ as if she picked right up the conversation where she left off.
She was preceded in death by her husband Stanley K. Wilson; infant son, Keith; sisters: Patsy Strickland, Joanne Fletcher, Mary Soles, Margaret Frances Hemphill and Virginia Jackson; and a half-brother, Albert Lee Jackson. Florence had eight sisters, all who knew their way around the kitchen whether it was impeccable meringue pies, the perfect yeast roll from scratch, fried chicken and the expected Sunday dinner.
Her most noted accomplishment was that of ‘mammaw’ as she was affectionately called by her grandsons, Nick, Devon, Tristan (Peanut) and Trevor. Those surviving, ensuring her ‘kindness’ and smile will live on, are her daughters, Linda Wilson and Wanda (Jeff) Million. Also surviving are her sisters, Stella Stevens, Lexington KY, Ella (Norman) Cunningham, Mt. Sterling KY, and Dorothy Jean Howard , of Columbus Ohio. Those ‘girls have been together forever’. She is also survived by many nieces and nephews who tenderly called her ‘Auntie’.
We would like to thank the following staff at Bourbon Heights Nursing Home Facility: Michelle, Bridgette, Mabel, Cecilia, Missy, Andrea and those who provided end of life care, Angela, Donna and Stephanie. They often said she had skin’ as smooth as a baby’.
COVID-19 is a reality and it only confirms that time is precious, and you are never really prepared. Mama is not a statistic, but she was one of a kind: splendid and she made us all better people. We are forever blessed with the memories of having you as our mother, but we will miss you most for the years now taken and absence with your grandsons. Yet we know too that “God will wipe out every tear from their eyes and death will be no more neither mourning nor outcry the former things have passed away”. (Revelation 21:4)
She was never at a loss for expression thus per her request to “Lay me out smooth” a celebration of life will be held at 1:00 P.M. Saturday, January 16, 2021 at Mathers-Gaunce Funeral Home with burial to follow in Carlisle Cemetery.
Visitation will be from 12:00 Noon Saturday until the time of service.