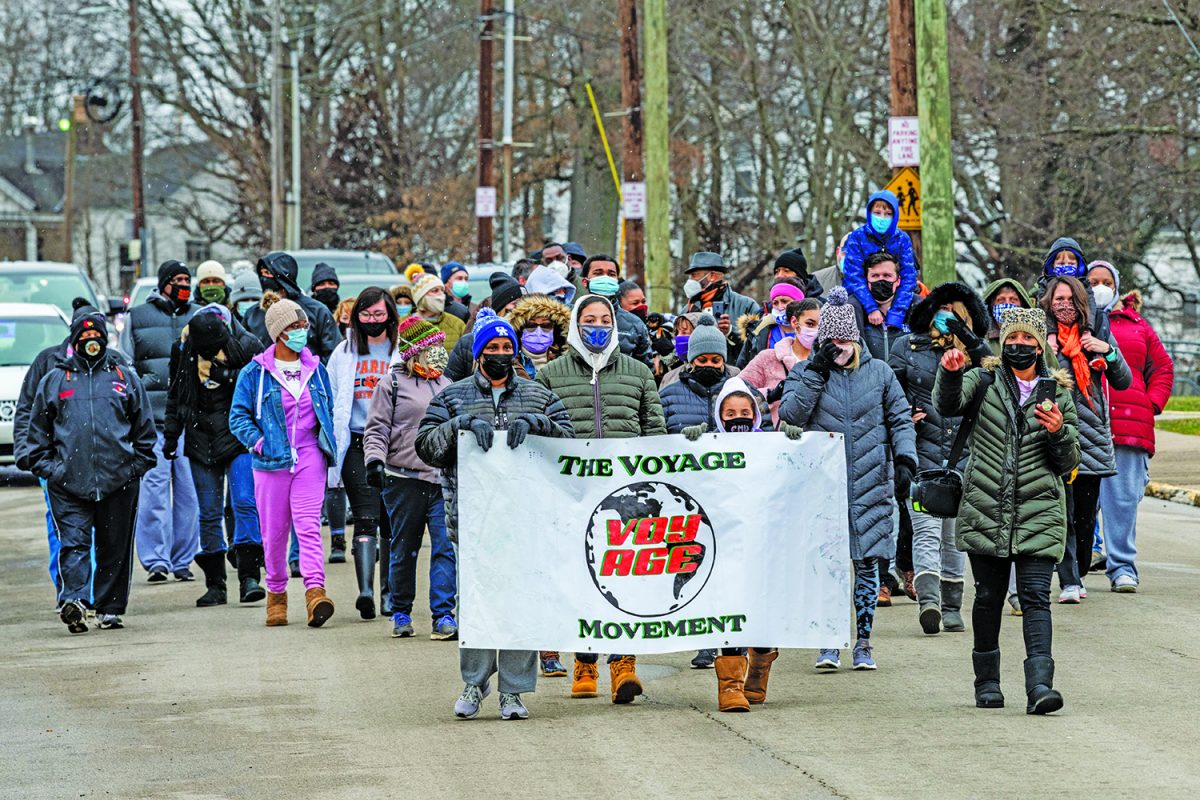 LISA WARFIELD JOHNSON | For The Citizen 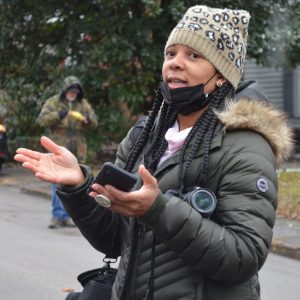 Martin Luther King, Jr. was born January 15, 1929 in Atlanta, Georgia. His parents were Martin King Sr. and Alberta Williams King. His name was originally Michael but, Rev. King Sr. changed both their names to Martin after protestant reformer Martin Luther.

The young Martin was a very intelligent young man. He enrolled in Morehouse College in Atlanta at age 15 in 1944. By 1948, he graduated with a bachelor’s degree in sociology and in the same year became an ordained minister having attended Crozer Theological Seminary in Chester, Pennsylvania.

He was appointed assistant pastor at Ebenezer Baptist Church.

It was here, from the pulpit that he launched front line, in what would become the Civil Rights Movement. 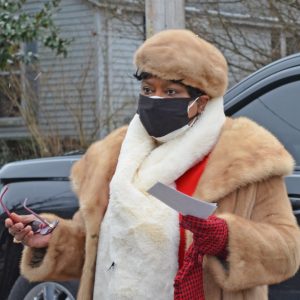 Rev. Chrysanthia Carr-Seals of St. Paul United Methodist Church spoke of the life and legacy of Dr. King. She encouraged all present to be the “salt and light” of the community.

Rev. King had a God-given talent for being a great orator. He used his voice and influence to lead the masses.

In 1954, he married Coretta Scott and together they had four children.

In January of 1957, King was named president of SCLC, the Southern Christian Leadership Conference.

During this time, racial tension and injustice was rampant and flourishing toward Black Americans, particularly in the South. Rev. King became “the Voice” and representative for a generation of people and their ancestors who were tired of being oppressed. The message he proclaimed against this inhumane treatment was not his own. His message were the words of Jesus Christ. Only love can cast out hate.

He led the Civil Rights Movement by holding onto God’s unchanging hand.

In 1959, he traveled to India to learn more about the teachings of Mahatma Gandi, and non-violent protest. He combined this, and the Gospel of Christ as his strategy I the battle for all people to be treated with simple human dignity.

By the 1960s, Rev. King had become a household name and had many followers, people of all races.

In 1963, he delivered his famous “I Have A Dream” speech, at the Lincoln Memorial to a crowd of over 2000,000 people. The March on Washington, as it was called, was to gain jobs and freedom.

King’s philosophy of preach and non-violence, and his theory of: injustice anywhere, is a threat to justice everywhere earned him the Nobel Peace Prize. At age 35, he was the youngest recipient at that time.

In March of 1967, he went to Memphis, Tennessee to protest and support the strike of sanitation workers.

In April of 1968, he returned to Memphis to lead a peaceful protest, it was there he gave his final speech: “I’ve Been To The Mountaintop”.

The next day, April 4, 1968, he was shot and killed on the balcony of the Lorraine Motel. A great voice was silenced from time…. the man, yes, but what he stood for was not altered.

Four days after his assassination, Rep. John Conyers of Michigan was the first to make a motion for a holiday in remembrance of Dr. Martin Luther King, Jr.

The purpose of it was to recognize the legacy of Dr. King, to focus on the civil rights movement, as well as to promote change, and call people inot public service as King did.

In November of 1983, President Ronald Reagan signed the bill making it an observance.

In 1986, it became a National Holiday to celebrated on the third Monday of every January.

To the Rev. Dr. Martin Luther King, Jr. and all those who marched and labored alongside him, your efforts were not in vain. The dream lives on the hearts and lives of many. 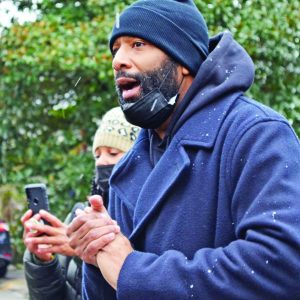 THE BEAT GOES ON IN PARIS, KENTUCKY – Some 50 hardy souls, including Black, White, young and old, braved 34 degrees F and snow flurries to march Monday afternoon, in observance of Martin Luther King, Jr. Day. Organized by the local chapter of the NAACP, the march in downtown Paris began and ended at the Voyage Movement Youth Community Center at 7th & Williams, in the historic West Side neighborhood. Prayers were led by NAACP president Terry Dumphord, along with Rev. Aaron Crumbie and Deacon Richard Dumphord of The Prodigal’s House.

Rev. Chrysanthia Carr-Seals of St. Paul United Methodist Church spoke of the life and legacy of Dr. King. She encouraged all present to be the “salt and light” of the community.

Dumphord said local citizens are “standing on the backs” of many outstanding leaders who’ve fought for equality and justice in the past. He reminded everyone that “it takes a village to raise a child,” and that the recent tragic and violent death of a young Paris man “happened on all our watch.”

Paris Police Chief Myron Thomas and the NAACP’s Dumphord each praised the encouraging peace and unity exemplified by all participants in the March. “In a country that seems to be more and more divided by the day,” said Dumphord, “the citizens and city officials of Paris and Bourbon County came together in the spirit of the late Dr. King to show that peace and unity will define our community. In the words of Dr. King: ‘To ignore evil, is to be accomplice to it.'” 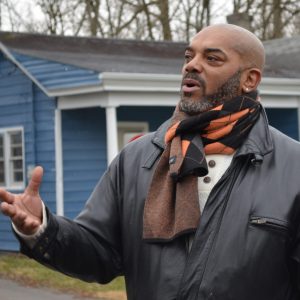 “We unified for this walk, during trying times,” said Paris Police Chief Myron Thomas. “Included were all walks of our community, together for one purpose, and to further the dream set by Dr. Martin Luther King, Jr.” 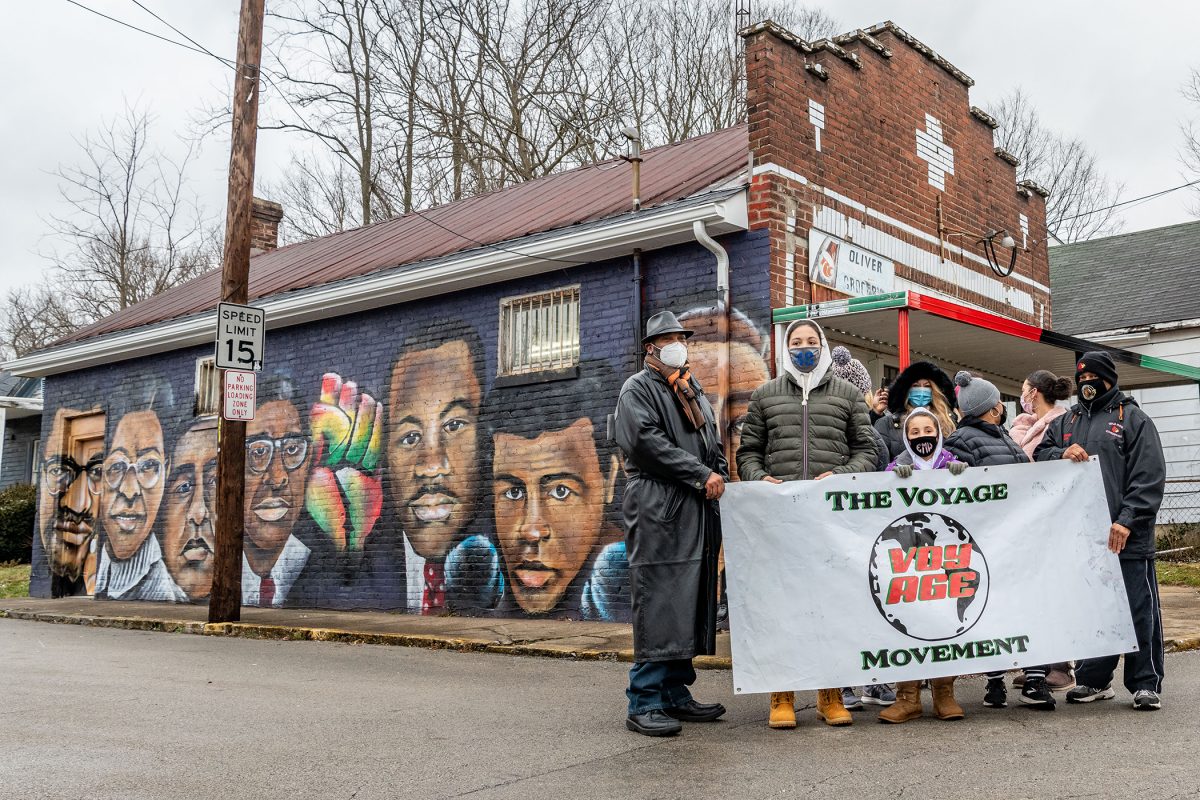 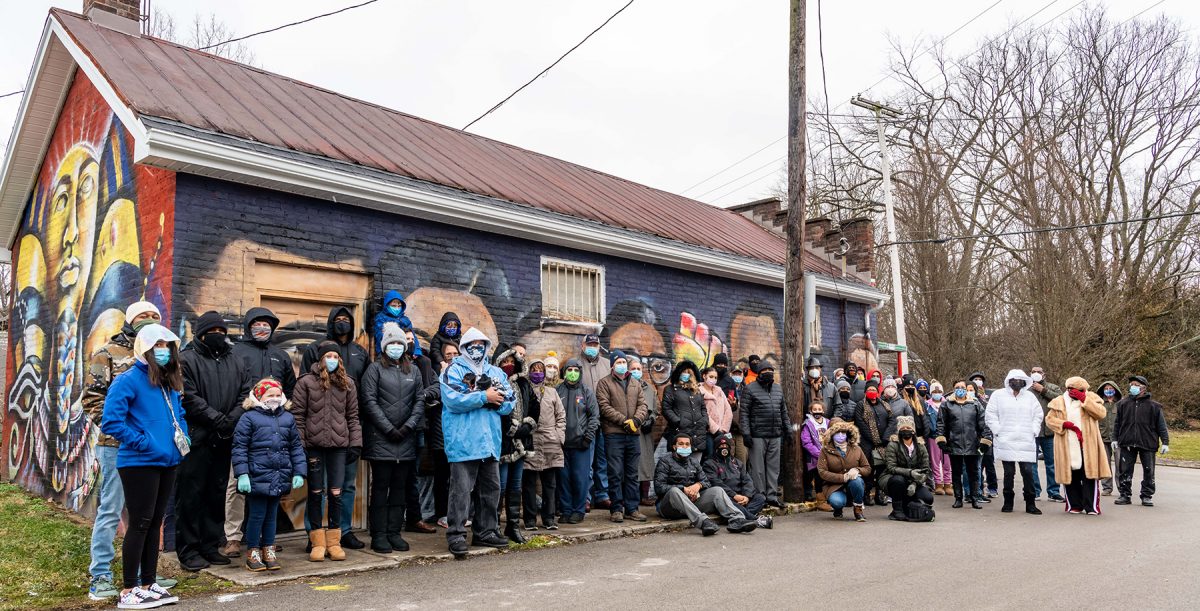