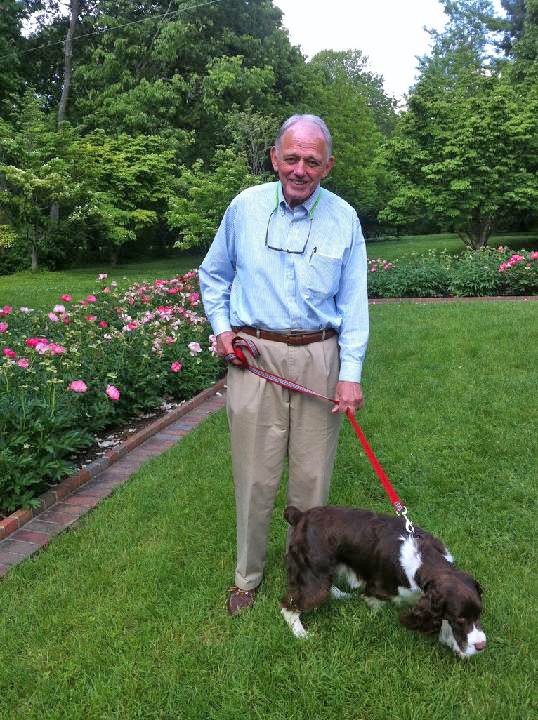 James Combs Van Meter
April 15, 1938 – January 20, 2021
Lexington, Kentucky – James Combs Van Meter died on Wednesday, January 20, 2021.
He was born April 15, 1938 to Nancy Combs and Robert Hardin Van Meter. He grew up in Paris, Kentucky.
In 1963 he received a Master’s degree in Mathematics from the University of Kentucky, which he attended on a National Defense Fellowship. He joined the faculty at Centre College where he was an instructor in mathematics until 1966, when he attended Washington University in St. Louis Missouri on a Danforth Fellowship.
In 1968 he joined Ashland Oil in their computer group. He remained at Ashland Oil until 1980, where he had become administrative vice president. He then joined Cities Service Company where he became executive vice president of finance and administration and CFO. He remained there until the company was acquired by Occidental Petroleum in 1983.He then joined Georgia- Pacific as executive vice president and chief financial officer. At the time of his retirement from G-P, he was a board member, vice chairman of the board and chief financial officer. He then worked for Borden Inc. for a short time while it was being acquired in a leveraged buy-out transaction.
Mr. Van Meter served on numerous boards during his career. He was on the boards of two hedge funds: Exchange Oil and Gas and Xylem. One of Xylem’s investments ,a lumber manufacturing business was based in London, with operations in Estonia and sales throughout the European Union. He managed this operation for two years. He served on the boards of Centre College, Berry College and Georgia State College Business Schools, the Gertrude Ramey Home in Ashland, Kentucky, the High Museum of Art in Atlanta, The Atlanta Botanical Gardens, and the United Way of Metropolitan Atlanta where he was Chairman of the committee on finance and administration. He taught undergraduate mathematics as an adjunct at the University of Kentucky after his retirement to Lexington. He endowed a Mathematics Lecture Series at the university. He was particularly proud of his service on the founding board of Camp Twin Lakes a facility built on land donated by the Georgia –Pacific Corporation to provide camping experiences for children with chronic illnesses such as spina bifida, muscular dystrophy, and cancers.
Mr. Van Meter was a member of the Ocean Reef Club of Key Largo, Florida, and long time member of the New York Athletic Club. He was a loyal member and supporter of the Lexington High Street YMCA.
He is survived by his wife of 23 years, Dr. Marium Williams Van Meter, his sons Solomon Lee Van Meter IV. Ben Hardin Van Meter, John Middelton Van Meter, step-children Lynn Lee Williams and David Malone Williams III, and grandchildren.
In lieu of flowers friends and family are requested to make donations to the Department of Mathematics at the University of Kentucky.
The Van Meter Family wishes to thankfully acknowledge the care provided to Mr. Van Meter during the last stages of his illness by Dr. Ryan Brown of Downtown Browns and Chris Tomlin of Bluegrass Care Navigators. www.clarklegacycenter.com