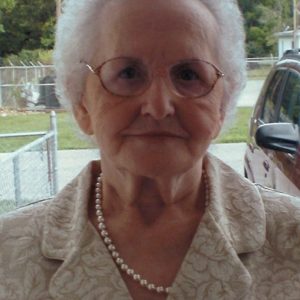 She was born in West Liberty, KY, to the late Arnett and Polly Cantrell.

In addition to her husband and parents, she was also preceded in death by one daughter, Cathy Wright, four brothers, Paris, Pearl, Monroe and Harlow Cantrell and two sisters, Mattie Cantrell and Elsie Wright.