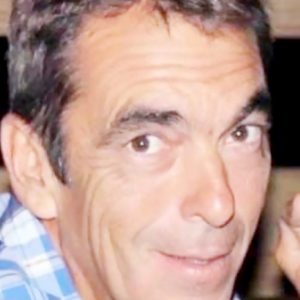 Dennis Scott “Scotty” Hay, age 54, passed away unexpectedly on Wednesday, February 17, 2021, at U.K. Medical Center in Lexington, and is survived by his son, Christopher Hay of Paris, Kentucky. Scotty was born in Georgetown, Kentucky on October, 31, 1966, to Alice Sims Hay of Paris, Kentucky and the late Billy McClure Hay. He was a member of Silas Baptist Church in Cynthiana, Kentucky. Scotty graduated from Bourbon County High School, enjoyed four wheeling, a participant in sports and was an avid sports fan.
In addition to his son, Christopher and mother, Alice he is survived by his sisters, Joy (Michael) Dyer of Cynthiana, Kentucky, and Vicki (Keith) Honley of Scott County, Kentucky; step daughter, Makenzie Perry of Carlisle, Kentucky, plus several nieces, nephews, cousins and other relatives. He was preceded in death by a brother, Jody Hay.
Private services are planned at this time. Pallbearers will be Barry Hay, Larry Hay, Ronnie Hay, Jeff Hay and Mark Breen. Honorary bearers will be Derek Honley, Mike Dyer, Jr. and Bobby Herrington. Burial will be in Jacksonville Cemetery.
Online condolences may be expressed to the family at www.tuckeryocumwilson.com
We, at Tucker, Yocum & Wilson Funeral Home, would like to thank the family for understanding during this time of change and for allowing us to care for their loved one.