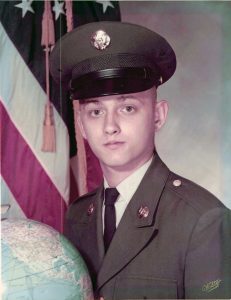 Robert Lee Britton, 69, died Friday, March 26, 2021, at his home surrounded by his family. He was born July 24, 1951 in Saint Louis, Missouri, son of the late Irvin Floyd Britton and Helen Marie Roe Sargent. Robert was a veteran of the United States Army, a former employee of Kentucky Petroleum Equipment, and retired from Fasig-Tipton as a night watchman.