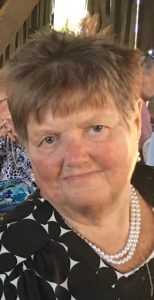 A native of Paris, KY, formerly from California, she was the daughter of the late William Nelson Flynn and Betty Taylor Flynn. She was a member of the Clintonville Christian Church.

In addition to her parents she was preceded in death by one sister, Terri Stepp.

Funeral services will be conducted at 1:00 p.m., Wednesday, April 7, 2021, at Lusk-McFarland Funeral Home, 1120 Main Street, Paris, KY by Chuck Kemp. Burial will be in the Clintonville Cemetery.

Visitation will be from 11:00 a.m., until the hour of service on Wednesday, April 7, at the funeral home.