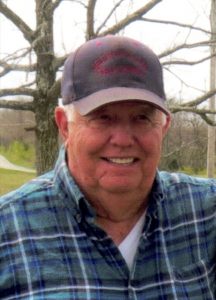 Born March 8, 1934, in Nicholas County to the late Davie and Mary Lacey Gaunce Jefferson, he was a U. S. Army veteran of the Korean War, a lifelong farmer, co-owner of Jefferson Farm Machinery and Jefferson Trucking, drove a bus for the Nicholas County School System for 23 years was a lifetime member of both American Legion Post #17 and VFW Post 8666 and was a member of the First Baptist Church of Carlisle.

Also preceding him in death were a brother, Thomas “Tom” Jefferson; three sisters: Loretta and Marie Jefferson and Jeanetta Watkins; and his step-mother, Louellen Jefferson.

Services will be 11:00 a.m., Wednesday, April 14, 2021, at Mathers-Gaunce Funeral Home by Rev. Steve Smith. Burial with military honors will follow in Carlisle Cemetery.

Condolences and video tribute are available at www.mathersgaunce.com.