Larry Gene Ross, husband of Loretta Wilburn Ross, departed this life peacefully on Friday, May 14, 2021, at his home, with family by his side, having attained the age of 69 years. He was born on August 4, 1951, in Lexington, Kentucky the son of the late Hobert and Nancy Havens Ross, was a graduate of Fayette County High School, retired from Nally & Gibson, and was of the Pentecostal faith. 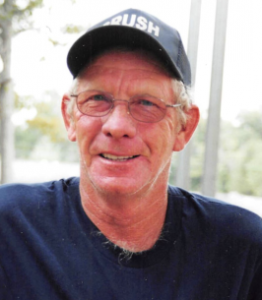 The funeral service for Larry Gene Ross will be at 1:00 p.m. on Monday, May 17,2021 at Hinton-Turner Funeral Home. Interment will follow in Jacksonville cemetery with casket bearers being Mike Kincaid, Dustin Ross, Jacob Ross, Jason Ross, Hunter Jordan, and T.J. Fugate. Honorary bearers are Lee Ross and Chad Ross. Visitation will begin at 11:00 a.m. prior to the service. The service will be webcast live. www.hintonturner.com