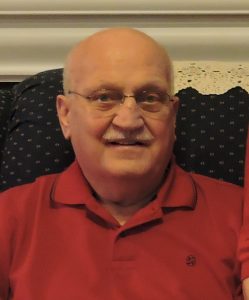 A native of Bluntsville, IN, he was the youngest son of the late Harvey Kenneth and Helen Virginia Shultz Cook. Richard was a wonderful husband, dad, and grandpa. He was hardworking, generous and kind, and loved to joke and tease. He cherished his family, and put their wants and needs before his own. Richard served as a deacon at the Paris (KY) church of Christ and Fairlawn church of Christ (Muncie, IN), and spent much of his career as a manager at Fleenor Auto Stores.

Funeral services will be conducted at 1:00 PM Wednesday June 2, 2021 at the Meeks Mortuary, Yorktown, IN. Burial will follow in the Garden of Memory Cemetery, Muncie, IN.