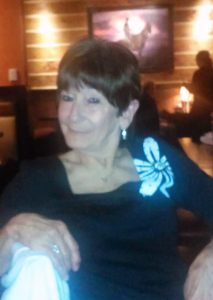 She was born in North Middletown, KY, to the late Hallie Hubbard Hughes, Sr. and the late Ella Mae Hill Hughes. She was a retired restaurant manager, homemaker and a member of the Mary Queen of the Holy Rosary.

In addition to her parents, she was also preceded in death by one son, Jason Giles; one brother, Hubbard Hughes, Jr. and two sisters, Mary Borland and Rose Smith.

Funeral services will be conducted at 1:00 p.m., Thursday, June 3, 2021, at the Lusk-McFarland Funeral Home, 1120 Main St., Paris, KY, by Father Danny Fister. Burial will follow in the Paris Cemetery.